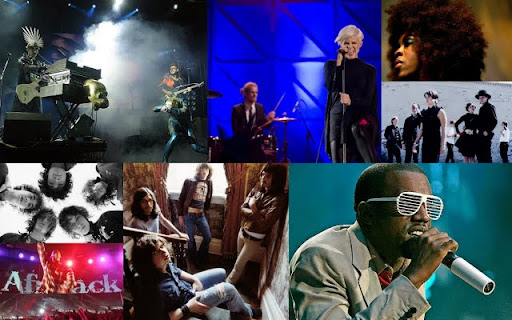 New York is in the throes of a thoroughly depressing winter. Work is kicking my ass. And life is being generally frustrating.
So I needed this. I really freaking needed this. Thank you, Coachella, for coming through. Check out the truly beautiful lineup for Coachella 2011 that brought a crack of sunshine into my otherwise gloomy day: 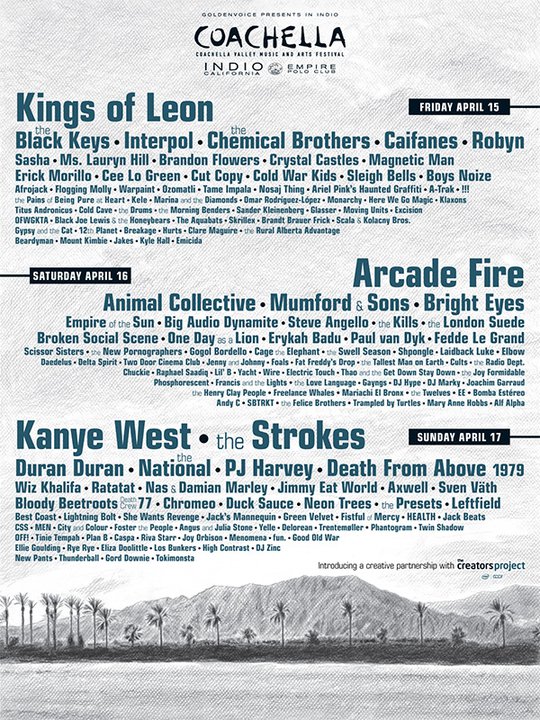 I won't pretend that I have über cool taste in music. My taste is best described as mainstream with occasional blips of cool absorbed by osmosis from way more music-savvy friends. But even I'm pretty stoked with the lineup. When I added "Rock out at a music festival" to my list, Kings of Leon provided the soundtrack to my daydreams. So it is literally my dream come true to have this band top bill Coachella. In addition to Kings of Leon, there's Robyn, Empire of the Sun, KANYE WEST (sorry, I couldn't resist hitting the all caps key), Duran freakin' Duran, The Strokes, Lauryn Hill,  Paul Van Dyk and Afrojack providing scrumptious icing on top of this cake of pure awesomeness.
I am soooo excited! If you're planning on getting in on the action, tickets are already available on layaway at the Coachella website. Get it!!!

Meanwhile, I'm gonna get started on a Coachella playlist to get through the winter doldrums and get a nice build-up to the festival going. Would you be the cool blips on my music radar and give me a heads up on your favorite songs by the performers in the lineup? Have you been to Coachella before and are just brimming with tips? Leave me a comment—I would love to hear from you!

Labels: #20 rock out at a music festival