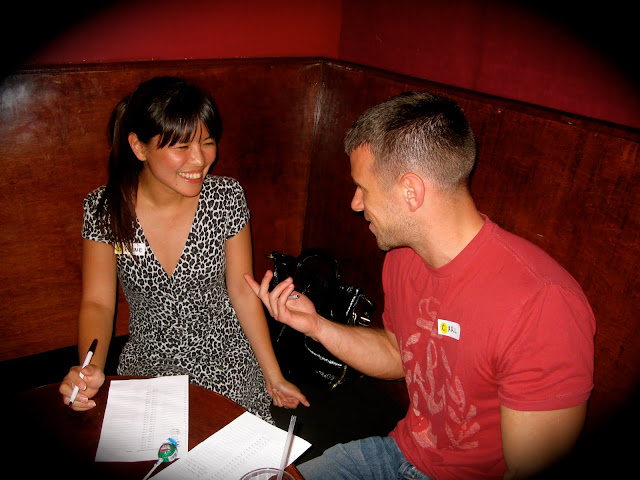 I didn't think I'd ever say this but here goes ... I think every single person should go on a speed date at least once in their lives!

Mitch and I had a surprisingly good time at our speed date last night. We didn't really know what to expect when we walked into M1-5 Lounge for OnSpeedDating.com's Fitness Lovers event. Were we going to have to talk to a bunch of meatheads all night? Would I get corralled into the Asian Persuasion event simultaneously taking place in the same bar? 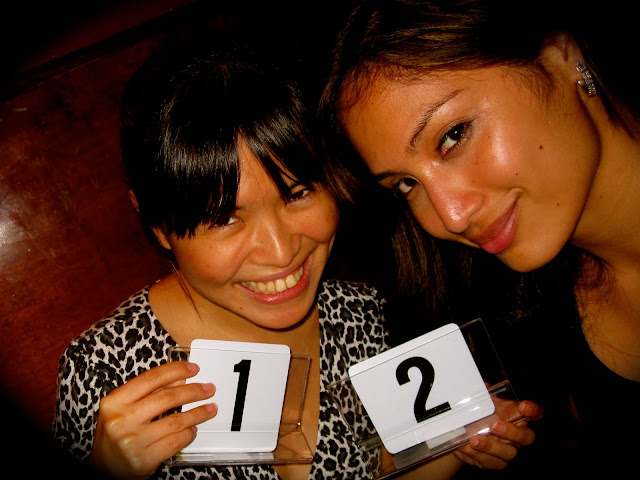 My mom always tells me not to go shopping on an empty stomach because I'll have terrible judgement and buy everything I see. I figured this rule applies to shopping for dates, as well. So we sat at the bar and had a round of drinks and some bar snacks before the event started, since we got there pretty early. Not long after we had guzzled some liquid courage and managed to tear ourselves away from the greasy grub, Mitch and I were called and led to a booth where we were to sit for the duration of the speed date. We each had a number, a lollipop (odd, I know, though I did actually have the lollipop later on), a pen, and a sheet explaining the rules and with space for us to write down names, tick off yes or no, and take additional notes. I don't think anyone actually read that sheet because a few guys were thoroughly confused. One missed a couple of girls and started doing the dates off the numerical order. Another guy actually asked for my number outright, to which I replied, "Umm, I don't think that's how this works." The same guy came back when the event was over to ask for our names again because he threw away his sheet! He was a massive fail at the technical aspects of the speed date but was pretty good-looking so I'm sure he'll still end up with a fair share of matches.
OnSpeedDating.com had half of the bar reserved for two simultaneous events. Asian Persuasion was set-up at the bar while Fitness Lovers got the cozy booths. I preferred our comfy set-up, and frankly, the guys in our group were just way better. Mitch and I shared a booth for our speed dates, which made it a lot more fun and a lot less absurd. I wonder if this is set-up would be strange though for girls who don't know each other? 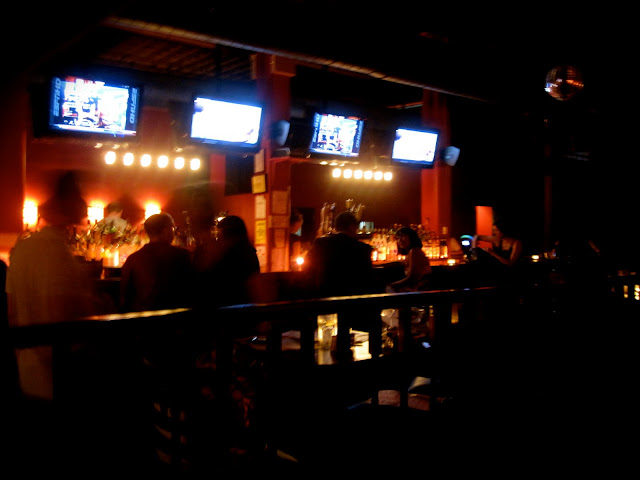 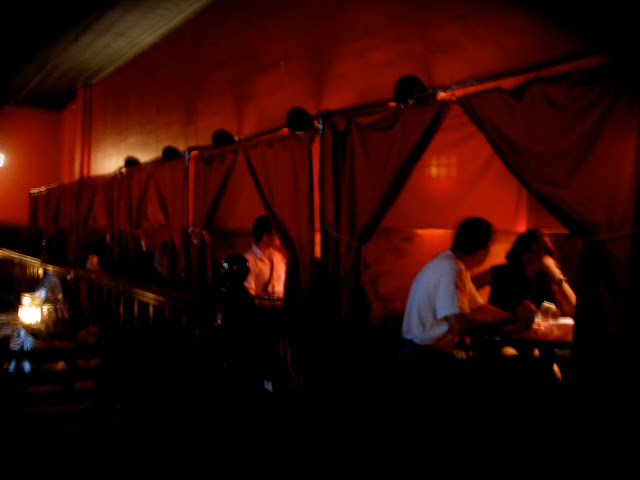 I was bracing myself for a barrage of trainers and "GTL" disciples, but there was actually a lawyer, an investment banker, and surprising number of tech dudes (I had to stop describing my work as geeky when I realized a lot of them out-geeked me). There were a few dubious dudes here and there (working out your jaw and digestive system does not make you a fitness lover, mister), but generally there was a pretty fine display of guns, I would say. 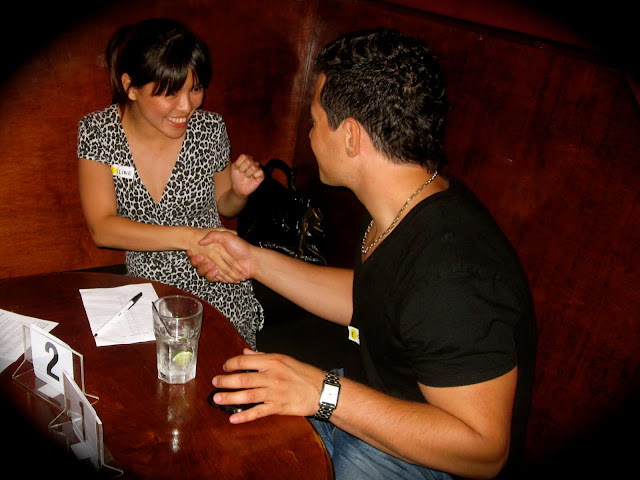 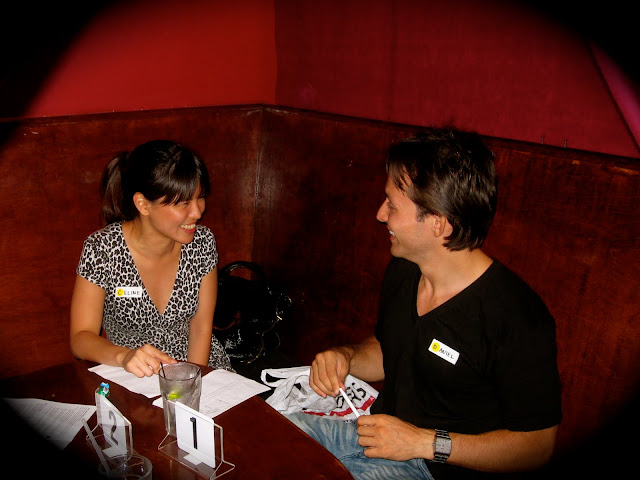 The Fitness Lovers speed date definitely exceeded my expectations in terms of the pool of men (Although that said, the Asian Persuasion lot was exactly what I thought they would be like. Forgive me for being harsh, I've just had a lot of bad experiences with men who "are really into Asian girls."). A lot of people had scared me beforehand by telling me how awful their speed date experiences were, but this was actually a lot of fun. I definitely prefer it over, say, meeting drunk guys at random dive bars. I don't know if I'd do it again, but I highly recommend it to the curious!
If you ever decide to do it, here are my 10 cents:
So glad to finally have this checked off my list! Will it have an impact on my so-called love life though? Stay tuned ...

Special thanks to Amber of OnSpeedDating.com for taking the great pictures!
Posted by Celine | 30 Before 30 at Tuesday, July 20, 2010