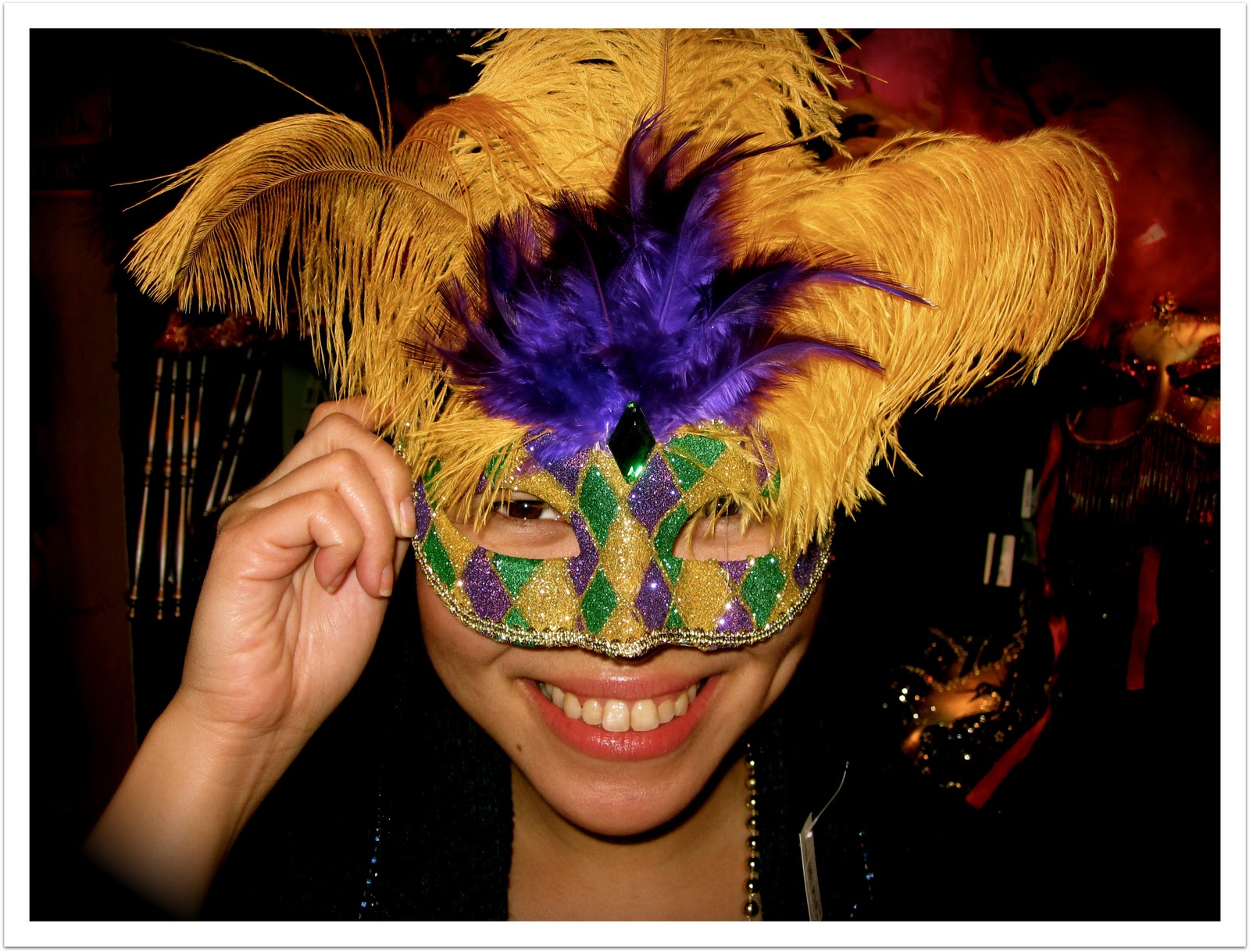 Shrove Tuesday is a day to be remembered by strangers in New Orleans, for that is the day for fun, frolic, and comic masquerading. All of the mischief of the city is alive and wide awake in active operation. Men and boys, women and girls, bond and free, white and black, yellow and brown, exert themselves to invent and appear in grotesque, quizzical, diabolic, horrible, strange masks, and disguises.
- James R. Creecy, Scenes in the South, and Other Miscellaneous Pieces (1835)

On February 19, 2011, I got a glimpse of the mischief and madness that has made the New Orleans Mardi Gras the stuff of legend. Our visit to the Big Easy was timed to coincide with the parade that traditionally kicks off Mardi Gras season: the traditional, satirical and risque Krewe du Vieux Carré parade. Vieux Carré is another name for the French Quarter and is suitably appended to this krewe's name as its parade is the only one that still goes through the French Quarter, as well as Faubourg Marigny. Unlike the larger, more commercial Mardi Gras parades that utilize tractors to pull their floats, the Krewe du Vieux's floats are pulled by mules or marchers, which enables the parade to go through the narrow streets of this historical district. The floats in the Krewe du Vieux parade follow the old tradition of poking fun at local politics and customs with their unapologetic, no-holds-barred satirical themes. Themes that surfaced this year include the BP oil spill, TSA patdowns, Don't Ask Don't Tell (lovingly renamed "Do Ass, Do Tail"), the Tea Party (the opportunity to encourage tea-bagging being too tempting to resist) and Wikileaks (appropriately taken on by the Krewe of Drips and Dis-charges). 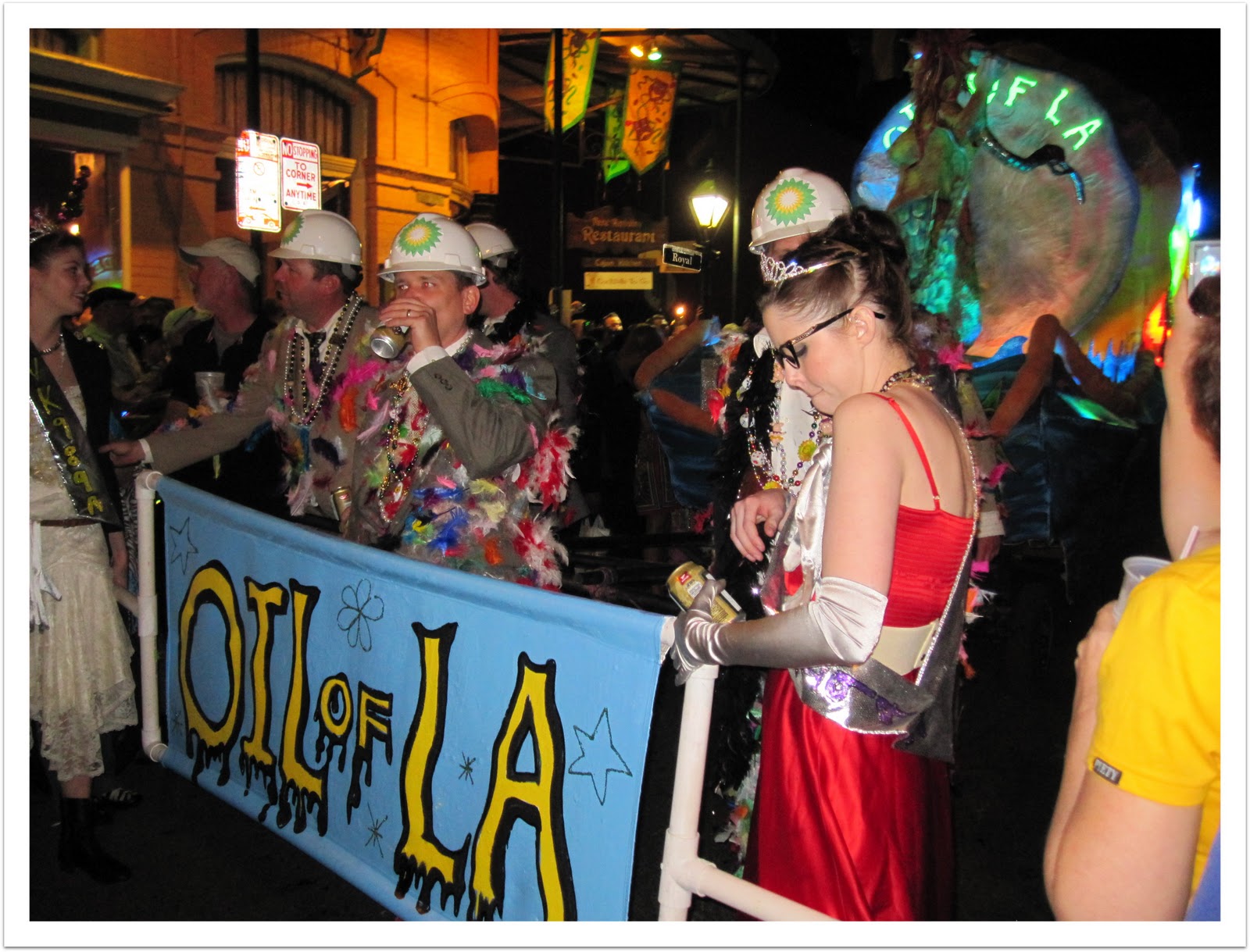 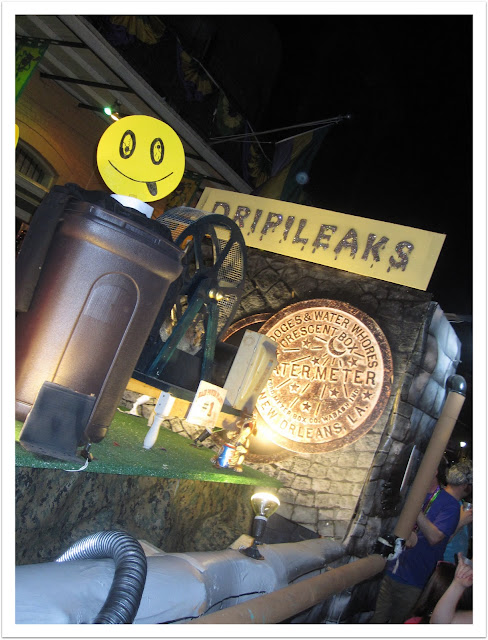 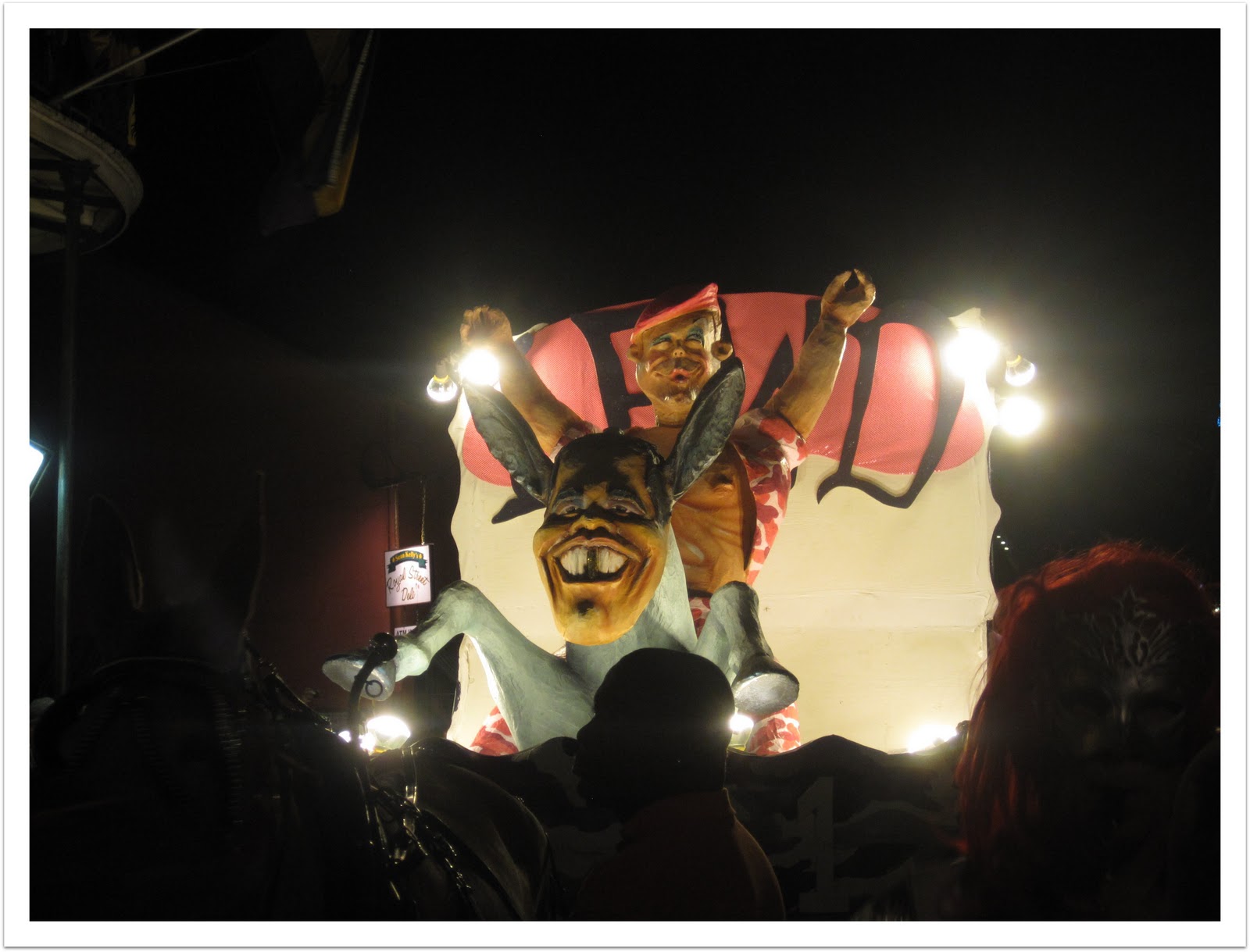 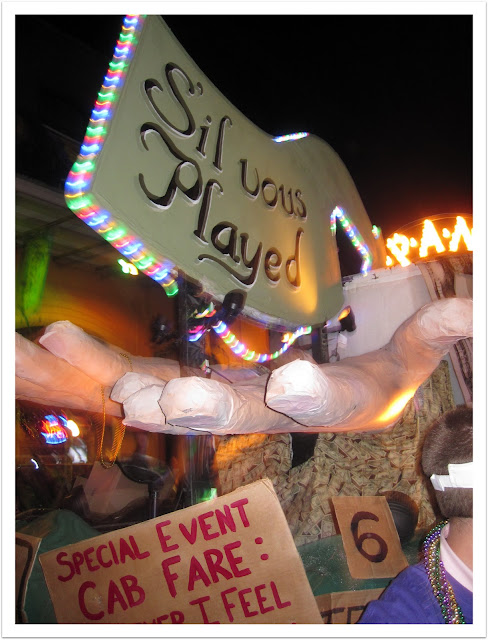 The great music accompanying the Krewe du Vieux parade also sets it apart. No pre-recorded music here—New Orleans' best brass and jazz bands roll through the streets, turning the event into one big street party. I shimmied my butt off with the music but decided to forego the infamous practice of flashing in order to get more beads. It seemed more of a prevalent practice over on boozy Bourbon Street and not on this parade route anyway. Instead, I got cozy with the locals and mugged for photos, took a shot out of a contraption made to resemble a certain body part, and got a faceful of raspberry candy powder from a Tinkerbell-like krewe member. My parade haul, strangely enough, consisted of a few beads, numerous condoms, teabags and a dreidel. That's Krewe du Vieux for you. 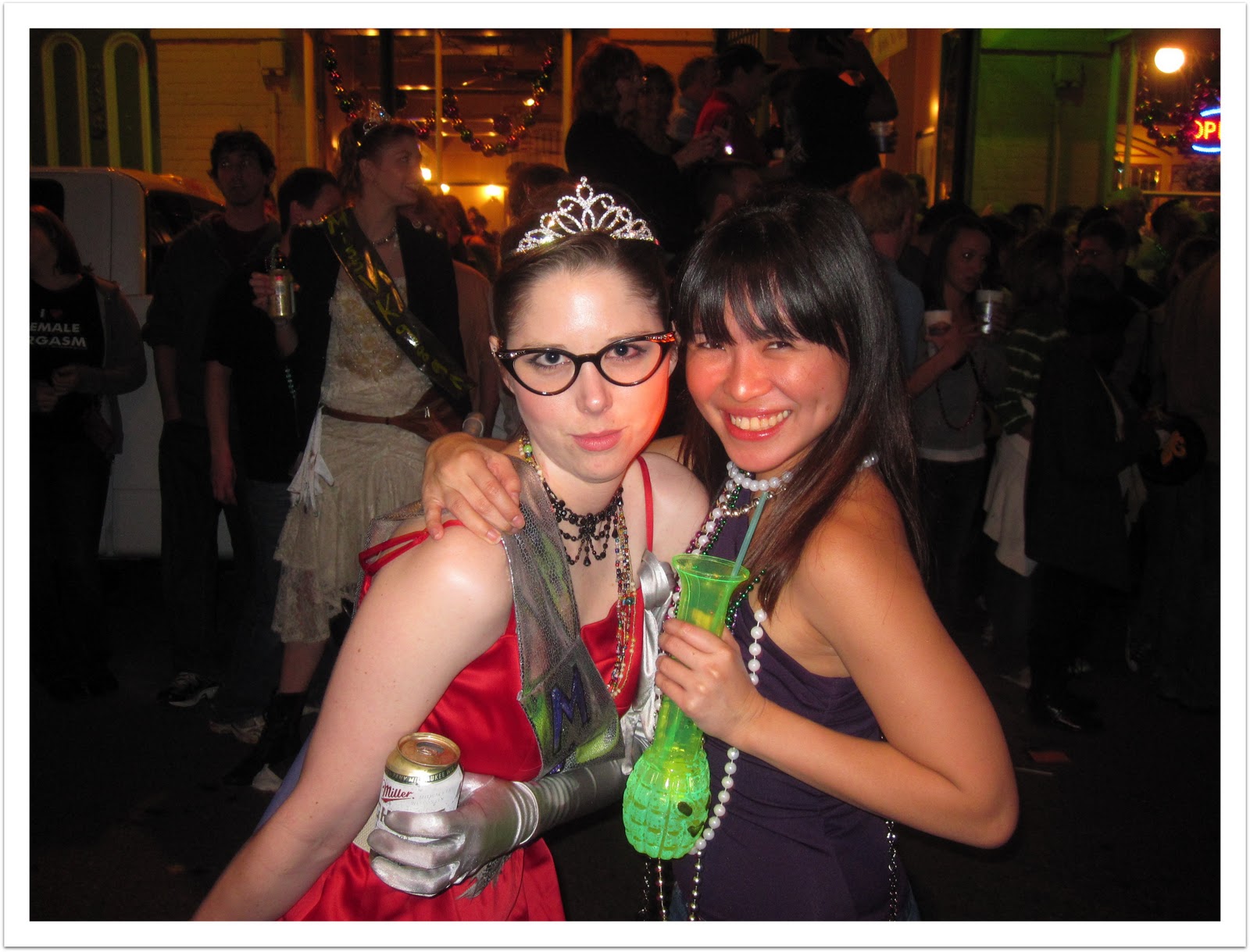 The revelers decked out in costumes and bawdy disguises were feast for the eyes—and in some cases, the hands, too. I will not deny that the hand in the photo below is mine. Nor will I deny finding myself in similar situations at other times. My ten cents on walking down Bourbon Street: don't engage the flashers in conversation if you don't want to get a handful. I had to oblige even though I really didn't want to because I didn't want to offend an older lady intent on convincing me she was "all natural." You've been warned. 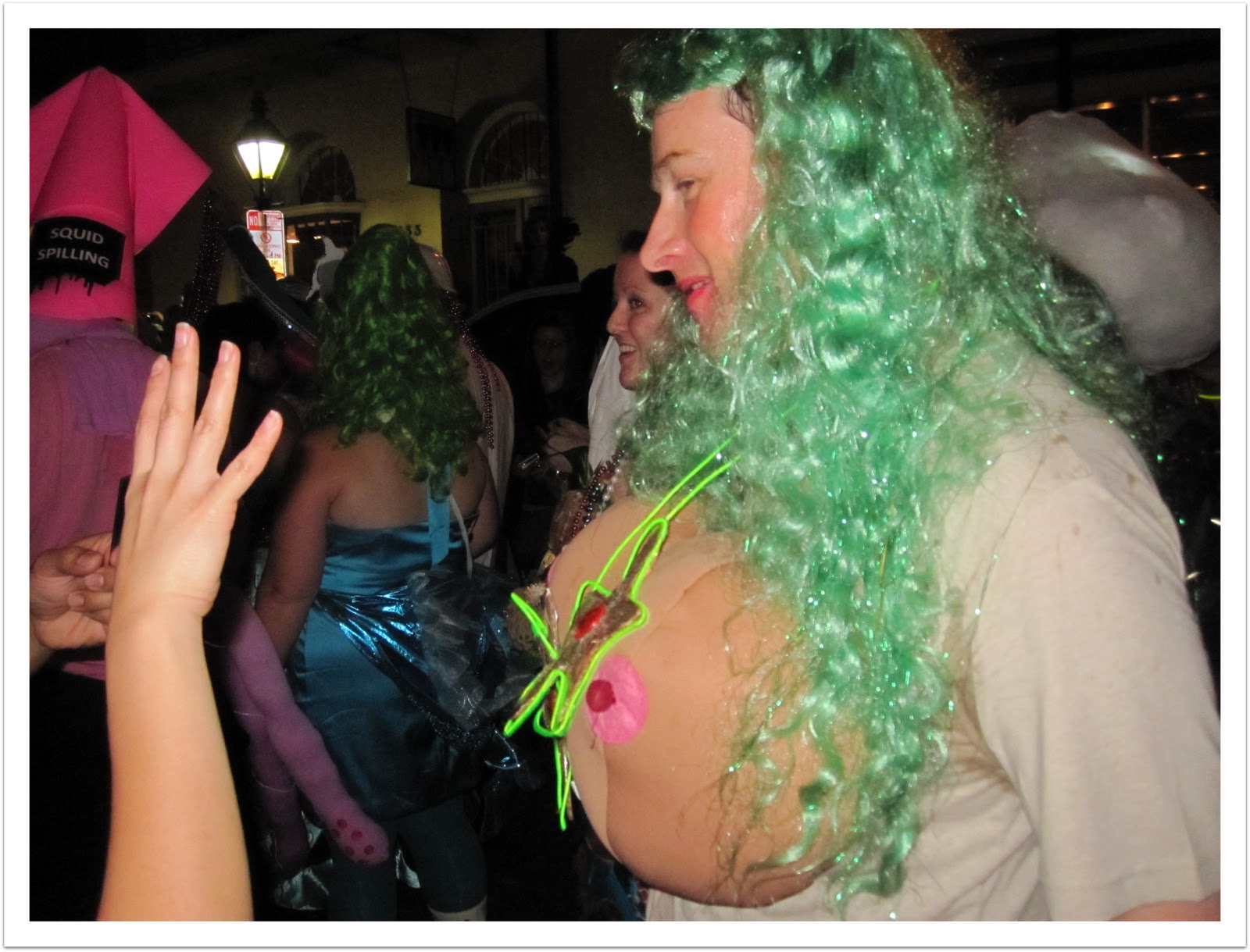 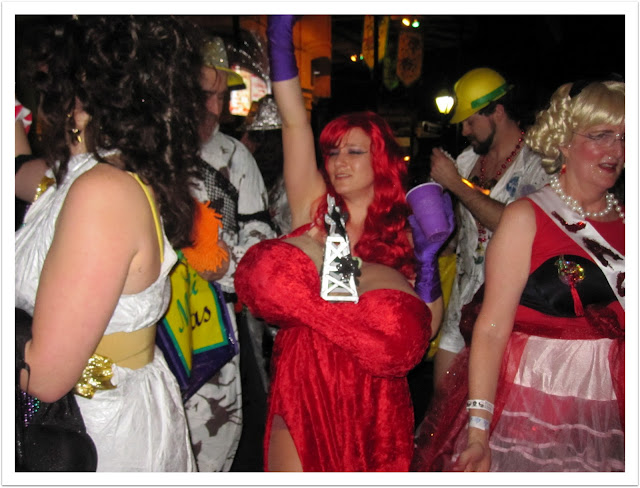 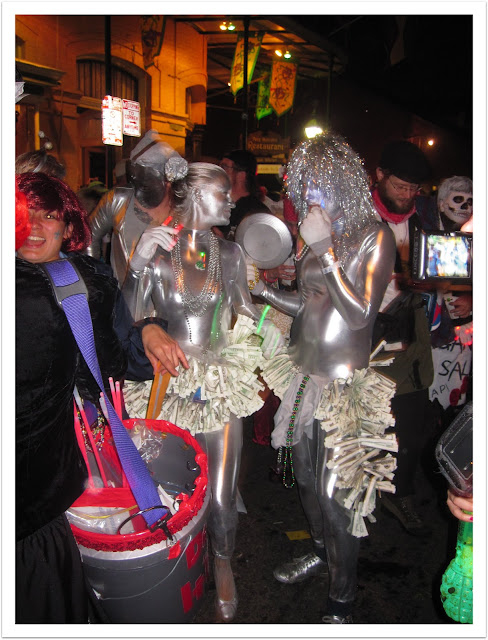 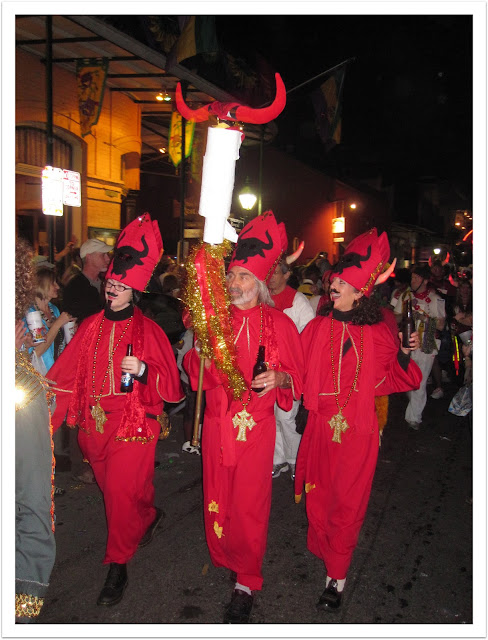 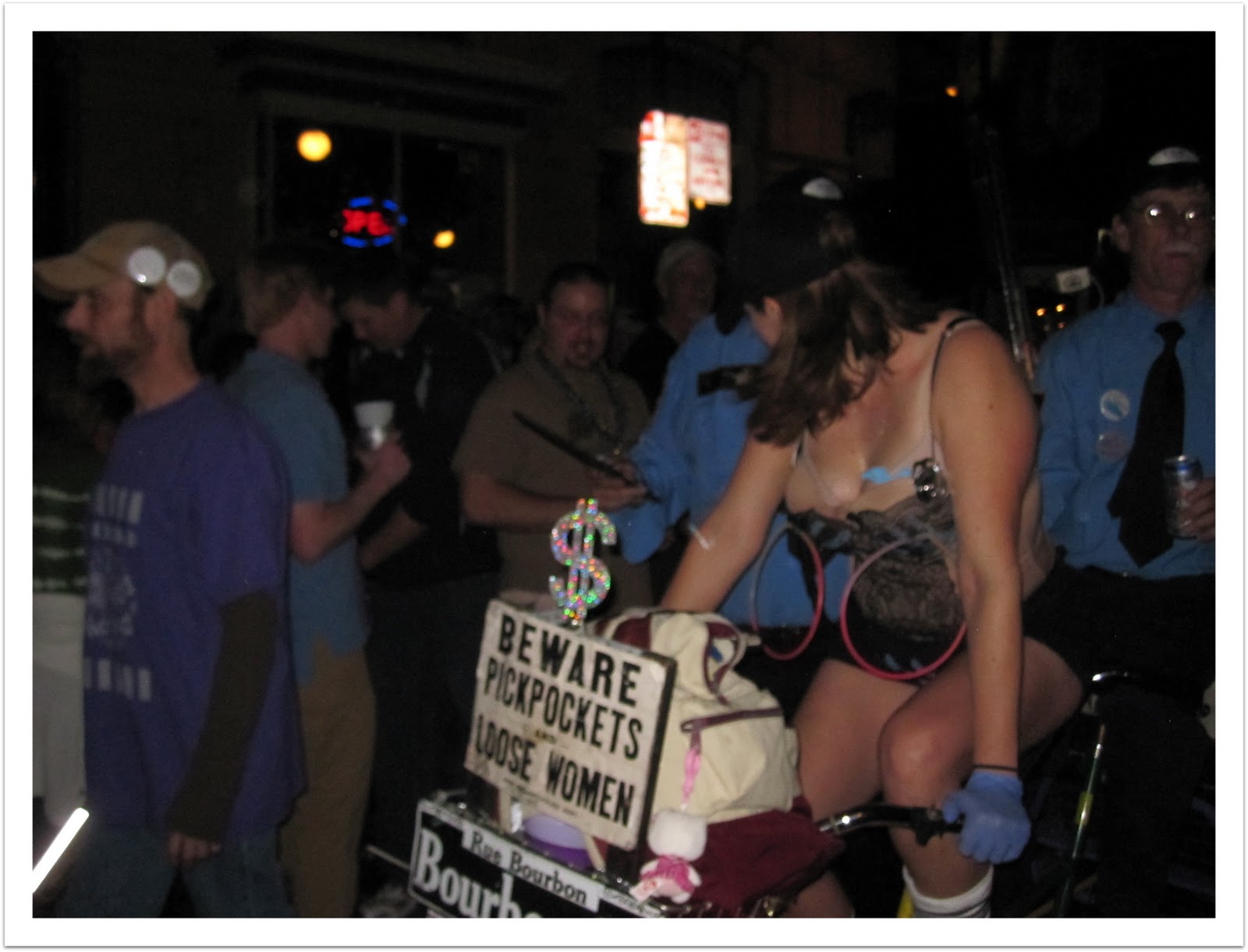 A really cool thing that happened during this trip was that I ran into an old high school friend, Pia, and met her friend Jennifer. What do we all have in common? All of us have 30 Before 30 lists and had one hell of a good time together crossing New Orleans off those babies! 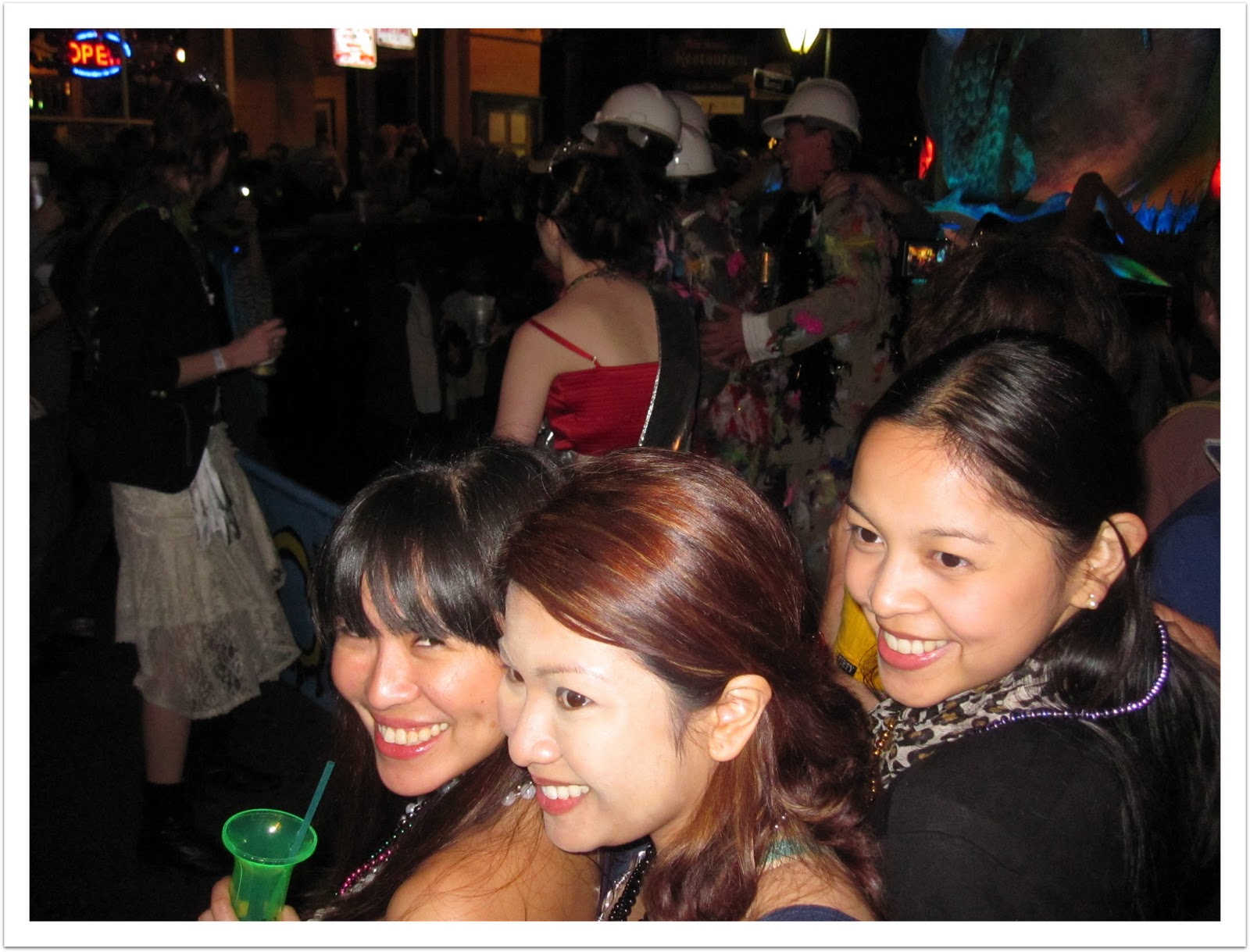 I had such a great time at Krewe du Vieux's Mardi Gras parade! I loved the feeling of being amongst locals and experiencing the authentic New Orleans vibe. Friends had warned me that Mardi Gras parades can get rough and I was weary of getting pickpocketed and/or groped. But this parade turned out to be quite safe and the crowd was very civilized. The only interaction I had from other parade spectators was from a sweet man who tapped me on the shoulder after I took my raunchy shot to tell me, "You're awesome!"
Partying it up at this Mardi Gras parade turned out to just be the cherry on the top because I fell in love with the mouthwatering food, beautiful architecture, vibrant history, and fun-loving and easygoing nature of the people of New Orleans. Stay tuned for more tales of my romp through the Big Easy! 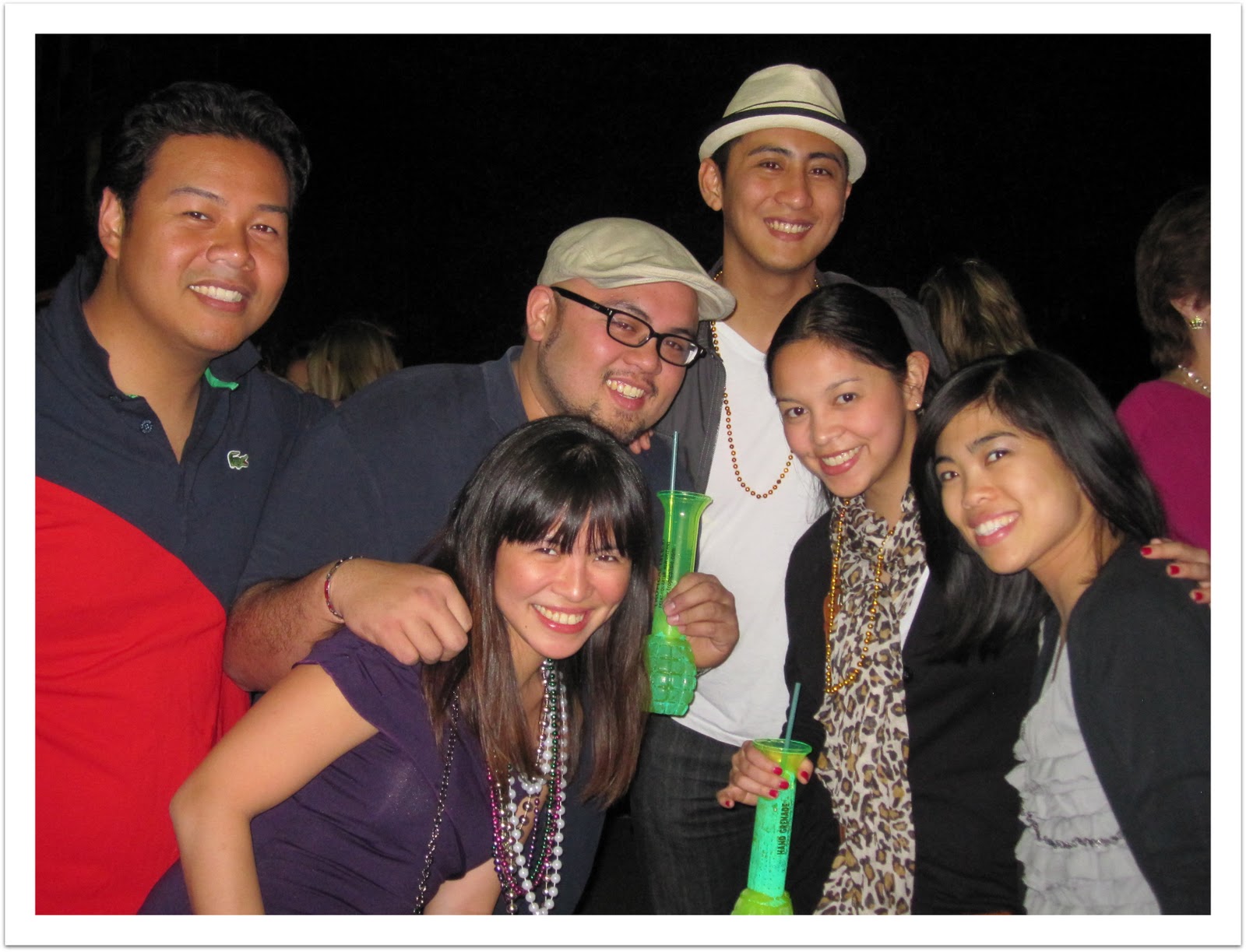