A Little Taste of Mexico

"It doesn't even feel like we're in another country," the girl seated behind us said in dismay to her husband as our hired van ferried us from the Cancun airport through the Zona Hotelera to our all-inclusive beachside resort. I could understand her disappointment. The Zona Hotelera has about as much local Mexican flavor as a Chili's restaurant, and if you limit yourself to it then you might as well have stayed within the US borders.

Fortunately, Zoe and I had a mini road trip to Chichen Itza planned—though if we had either gone on a bus tour or remained on the autopista cuota, we would never have gotten a glimpse of what Mexico is really like. After our visit to Chichen Itza and Il-Kil, we decided to go on a little adventure and take Highway 81 libre—the free road that would double our travel time back to Cancun but provide us with far more interesting scenery (For Zoe and I, there's no worse fate than boredom, apparently). The roads were riddled with topes, which we quickly learned was the Spanish word for speedbumps. But we got to see everything from cows tied to thatched-roof houses to more stately little cities. 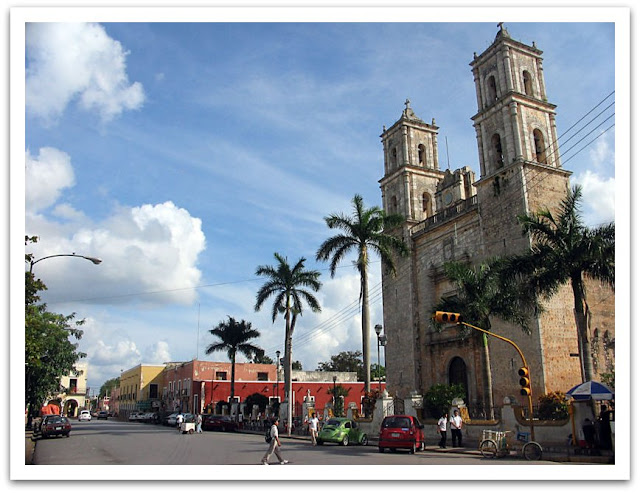 By the time we hit the road, we were starving. As much as we would've loved to stop at any of the roadside shacks we drove past (one had particularly enticing hunks of meat cooking over an outdoor charcoal grill), we were afraid of getting hit with Montezuma's revenge (Someday I will return to the Yucatan and do Chef David Sterling's Street Eats tour to rectify this). So in the end, we had to make do with Maruja Cafe y Galeria, a lovely outdoor cafe in Valladolid's main square that had a sufficient number of tourists dining in plain view. With instructions from a waiter, we were able to find a municipal parking lot where we could safely park our car for just 5 pesos. Then we walked back and sat down for a little snack and people watching on the outdoor patio. I ordered a michelada—a lovely Mexican concoction that typically contains cerveza, tomato juice, lime juice and spices. My Yucatan version tasted like the tomato juice had been traded for Worcestershire and had some delicious heat. The drink tastes similar to a Bloody Mary and is somehow that much better imbibed at a town square in Mexico. 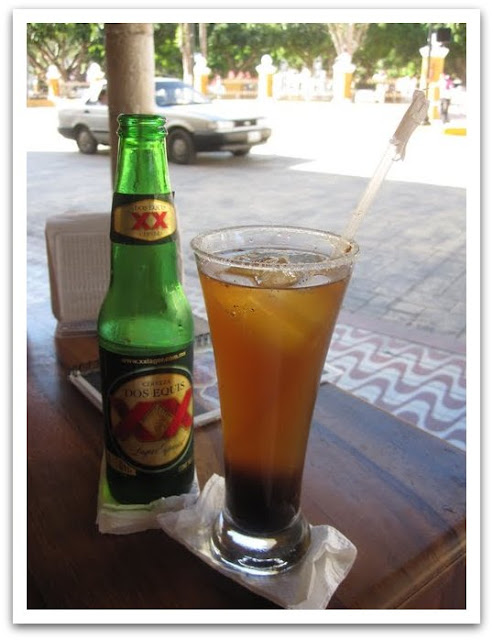 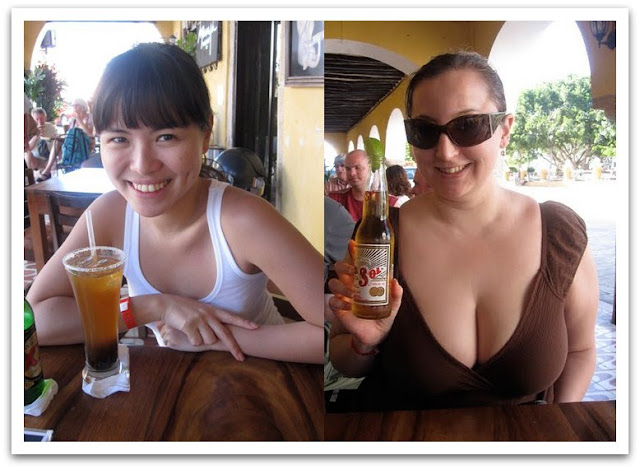 Before my trip, my Mexican friend Carlos had told me to try the Yucatan specialty cochinita pibil (also known as puerco pibil), which is essentially slow roasted pork that's been marinated in orange juice, lime and achiote paste. Fun fact about cochinita pibil:  In the movie Once Upon a Time in Mexico, Johnny Depp's character Agent Sands is so obsessed with this dish that he kills any cook who makes it too well in order to "maintain balance" in the country. (Source: Wikipedia) Zoe and I each ordered corn tacos with cochinita pibil and it was very tasty. The pickled onions were a nice touch as the flavor was not strong at all but gave a nice crunch and provided a slightly sour component to the dish. We were happy. 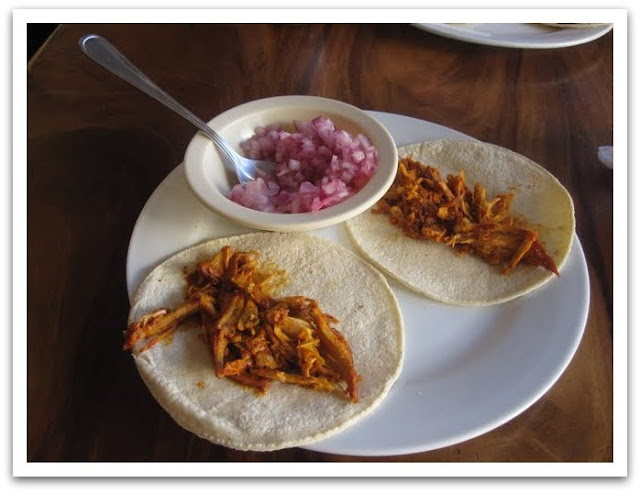 After lunch, we checked out the small gallery within the cafe where there were these amazing sculptures of ancient Mayans. Quite nice to see after spending the morning exploring Chichen Itza and Il-Kil.
From there, we went back on the road for our slow crawl to Cancun. Despite the slow pace and some minor directional hiccups,  it was an enjoyable ride. A lot of people told me we were crazy for attempting this drive given how the news is full of warnings about how dangerous Mexico is these days. But our drive was relatively uneventful, save for one military checkpoint where we were asked this very serious question: "¿Va a tomar el sol en Cancun?" ("Will you sunbathe in Cancun?")

If you're an experienced traveler with your wits about you, I would recommend going off the beaten path to see the real Mexico beyond the Americanized hotel zones. There is so much more to this country than all-inclusive resorts and body shots, and it would be a shame to miss out on it.