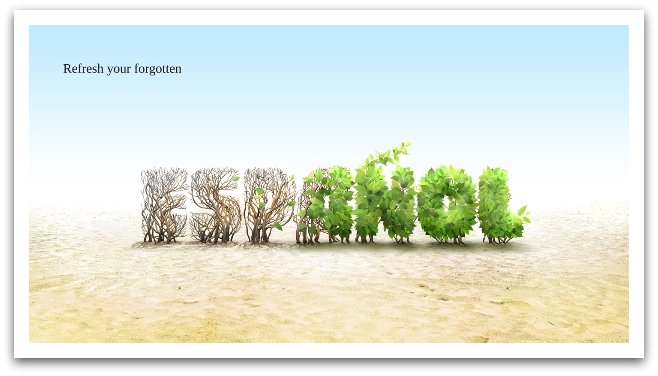 As someone who takes pride in how she communicates her thoughts, I find trying to speak in a new language infinitely frustrating. So despite having taken Spanish classes for some time now, it still pains me to attempt to communicate in Spanish—particularly when I know the other person speaks English well anyway.

But it's pretty much impossible to learn how to speak a language without making yourself speak it, no matter how terribly. Lest I waste several more years studying and yet never learning Spanish, I added this to my list to get a good kick in the butt to keep trying.

I'm nowhere near where I'd like to be but I've been pushing myself to practice much more thanks to this list.

In Ibiza, French turned out to be a more useful language to know, given our Belgian party crew. But I took a few shots at ordering in Spanish and attempting to converse with a woman who had dinged our friend Alain's car.

In Mexico, I was much more agitated that I had to break out some Español when we got stopped at a military checkpoint than the actual fact that we were stopped at a military checkpoint (Thankfully they just wanted to know if we were going to sunbathe in Cancun. Si, Señor!). I got to use the language a teeny bit more to ask directions here and there. Very teeny tiny steps, but steps forward nonetheless.

While hanging out with Tamara, Michele and Juan in Macau, I got another chance to get some practice in. Granted, my two-minute conversation with Michele and Juan made sweatbeads appear on my forehead much quicker than our bungeejump off the tower, but at least I tried!

These days, the most stressful part of my workday is when my co-worker, dear sweet Paula, turns around from her chair and asks me random conversational questions in Spanish. I asked her to do this and I am so grateful that she does, but I hope the day will soon come when I won't feel like she's just asked me for the exact location of the Holy Grail every time we speak.

Crossing off this item is not as dramatic as most other things on my list, but it's one absolutely necessary item that has helped me quite a bit in overcoming something that I battle with quite regularly. People ask me if there's another list in the works now that I'm already 30 and the truth is, I haven't decided yet. But whether or not a new list comes to fruition, there's one thing I absolutely plan on tackling in the near future: Spend a month in a Spanish-speaking country for full-on Español immersion!