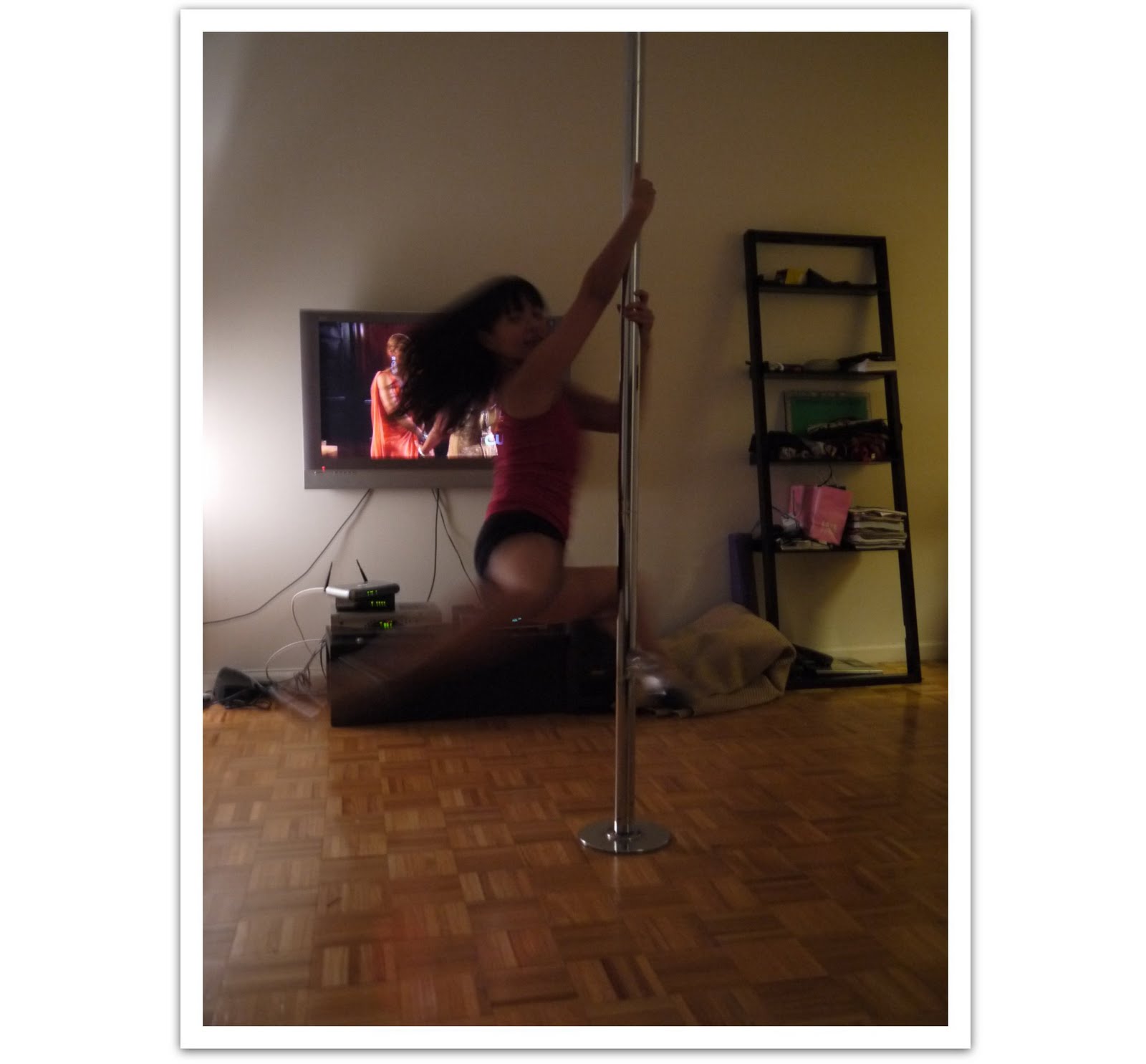 I paused in mid-bite at my mom's question. It was the last week of December 2010, when a blizzard of epic proportions snarled holiday travel and kept plane schedules in utter chaos for days. I was having lunch at my parents' house in Seattle, on the opposite coast from the city I call home, with no escape hatchet. My mom finally had the chance to call me out on the craziness of the past year—the skydiving, road tripping, hiking up sheer cliffs, disappearing to Portugal on a solo surf trip, riding a motorcycle ... there was so much to potentially yell at me for. Is she really calling me out on pole dancing?
"I'm doing it for exercise," I said, shoving the spoonful of rice in my mouth. "It's great for building upper body strength."

The next sentence uttered at the dinner table nearly had me spewing my food back out: "It's really popular now. A lot of people do it for exercise."
Those words came out of the mouth of my dad, of all people. The same dad who made my date and I go to the prom in separate cars. The same dad who refused to budge on my 12 midnight curfew for years. The same dad who never wavered in his belief that 25 is the appropriate age for having one's very first boyfriend. Did he really just exhibit total open-mindedness towards my exotic new hobby?
It just goes to show how much the perception of pole dancing has changed in recent years. Once the exclusive territory of working girls in gentleman's clubs, pole dancing may still raise eyebrows but it's become a legitimate workout for women around the world. There are pole dancing schools and competitions now, and some gyms include pole dancing in the workouts they provide—right along with yoga, Pilates and kickboxing.
If you watch these amazing videos of chamion pole dancer Laurence Hilsum, you'll see how pole dancing can be elevated to an art form, beyond the usual raunchy bump and grind people associate it with.

I've always been curious about pole dancing, primarily because dance is one of the great loves of my life and I am simply interested in trying all forms. But I also grew up in a very conservative society and was schooled entirely in Catholic private schools—in such an environment, one's sexuality is all but denied and it's difficult to feel comfortable in your own womanly skin.
I still recall being in my teens and rehearsing a fiery, flamenco-influenced modern ballet piece called Alegria at Steps Ballet School back in the Philippines. "More passion, girls!" our ballet mistress, Sofia Zobel urged us as we went through the steps. "Oh boy," she said to another teacher as she watched her timid ballerinas' feeble attempt at the impassioned dance, "you need to take these girls out tonight. They don't know what passion is!"
That memory zips into my head every now and then when at a pole-dancing class. Apart from being a hardcore workout, pole-dancing is an exercise in getting to know your sensual self. Oftentimes, women are made to tone down or altogether deny a very natural part of who they are. But there's so much power that comes from embracing and celebrating your sensual side, and I like how pole dancing allows this. After years of putting it off, my 30 Before 30 project finally got me off my butt and onto a pole, and it has been one of the most fun workouts I've ever done. While it had to take a backseat to my running, adventuring and general globe-trotting these past few months, I look forward to picking it up again once the project winds down and I have more time on my hands. It is such a demanding workout and I'm light years away from being any good at it, but I love a good challenge and plan on conquering that pole in due time ...
In case there are any lingering doubts about my intentions for taking on this hobby, here's one final story. Sometime last year, I got a message from a Vegas-based friend who asked what I was planning on doing with these new tricks I'm learning. "I manage a gentleman's club in Vegas now if you want to perform," he said. After wiping away the tears of laughter from the hysterics that message put me in, I shot him back a message saying congratulations on the gig and thank you for the offer but I really truly am just pole dancing for exercise. It's cool to know that if I'm really hard up for cash though, there's the possibility of a fall-back career ...