Aerial Silks Class #2: You want me to do what?!

I was extremely intimidated at the thought of taking my second aerial silk class today, given how I bombed last week, but off Kate and I went anyway. Today's teacher was Josh, an extremely nice and motivating fellow who got us doing stunts we never imagined we could do. The first thing he taught us involved twisting the silks around our arms, flipping upside down, bringing down legs to the pike position, and then bringing legs straight back up the air again. Uhhh, you want me to do what? Have you met me? Do I look like I can do that? But somehow, even with a few false starts, I did do it. And before we knew it, we were doing all sorts of things upside down. 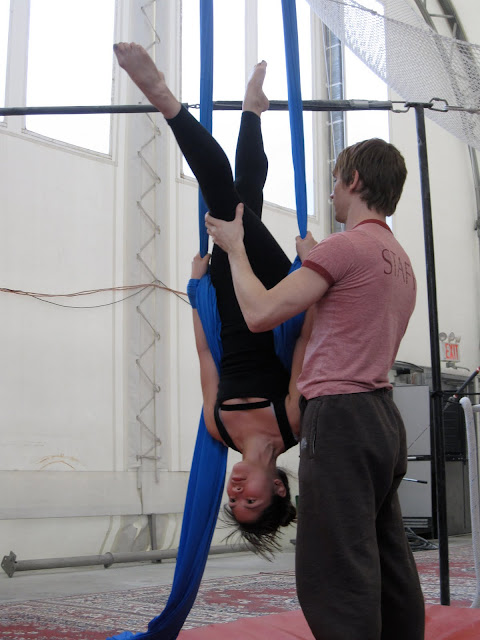 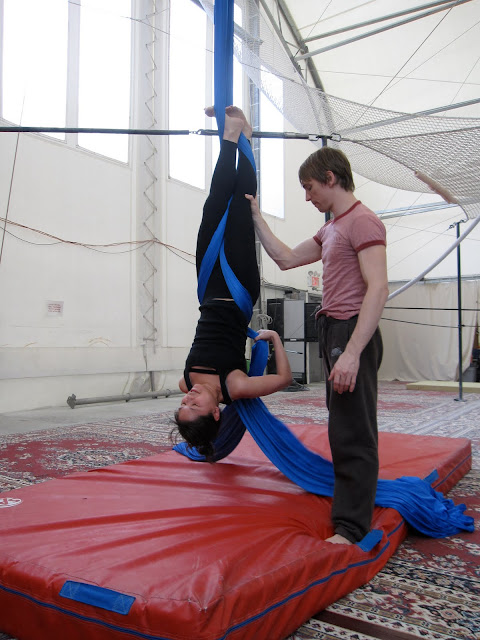 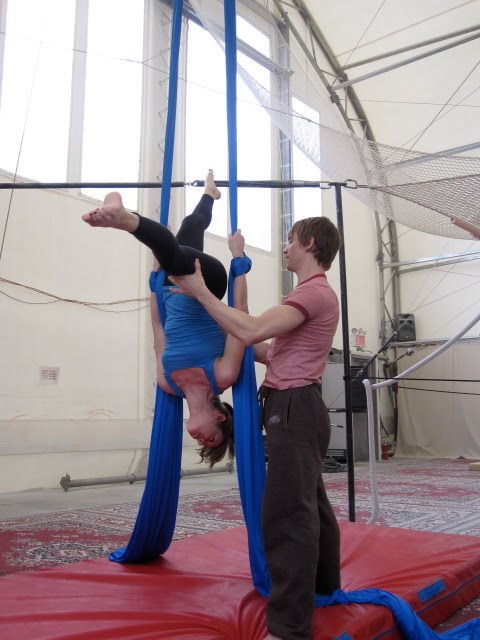 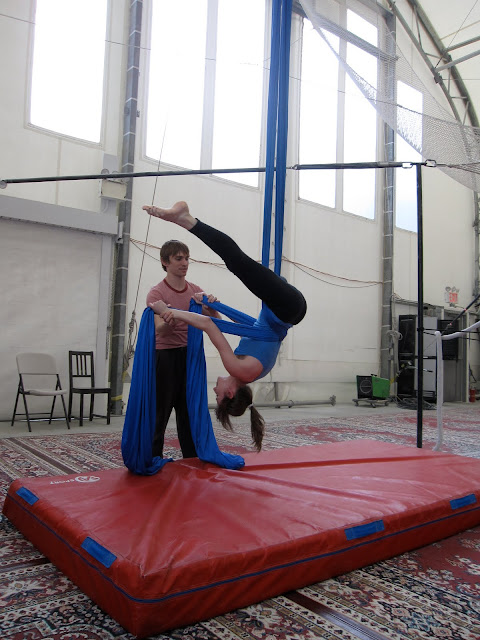 Last week, one of the students in our class who was already on her fourth class told me that the first class is really hard because you have no idea what you're doing. While some very basic things still elude me, some things started making sense this week. I'm still utter crap at climbing but a wee bit better compared to last week. And I did finally balance in this pose this week: 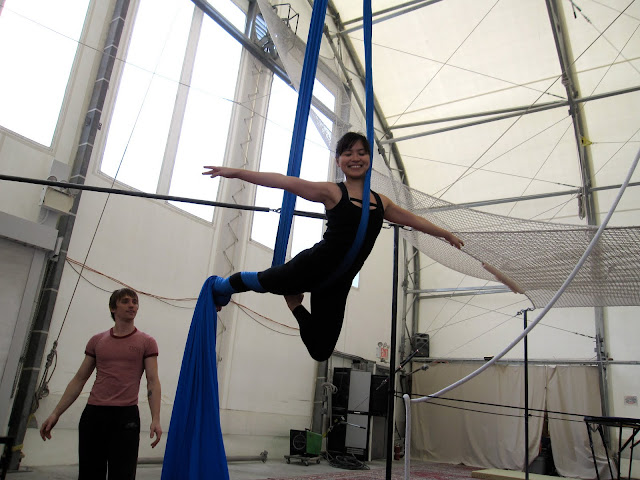 Getting to that position and descending from it was much easier too, now that the mechanics made a lot more sense. We also did some splits this week, which was pretty fun. I can't even remember the last time I did a split but apparently I can still do it—on silks at that! 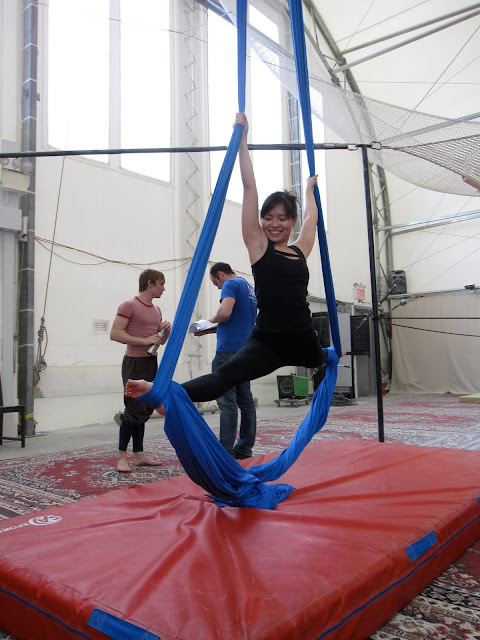 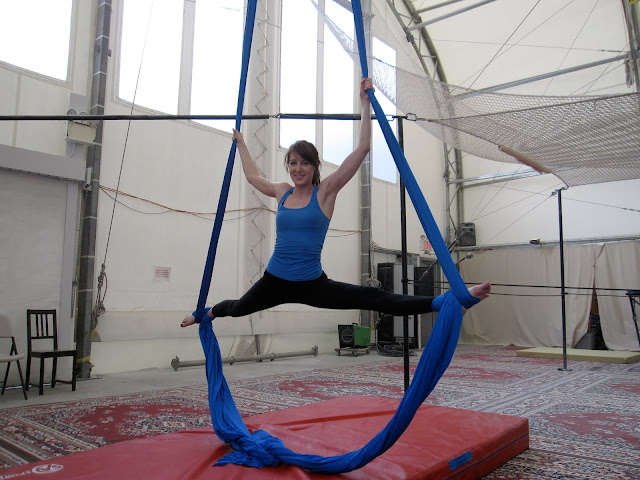 It's too bad neither Kate or I can do class next week because it's getting to be addicting! When you see how strong and masterful the teacher and other students are, it just makes you want it for yourself. My arms and upper body have never been particularly strong. In both ballet and cheerleading, I was always the person lifted and thrown because I was light (and almost stupidly fearless) plus I was pathetically weak. So it would be nice to develop even a little bit of the strength that these teachers and performers have. 'Til we meet again, silks.