A little birdie helped me today 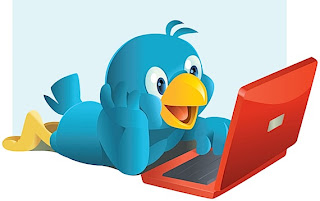 Like many other holiday travelers, I found myself in a bind today. A fierce blizzard dumped a hefty amount of snow in the Northeast, turning highways into cross-country skiing paths and airports into makeshift hostels. My flight back to New York on JetBlue, which I already pre-emptively scheduled to arrive in JFK after the blizzard passed, was nonetheless cancelled—a result, I would guess, of airplanes and crews not being in the right place due to several days of continuous flight cancellations. I called the JetBlue hotline repeatedly for several hours to reschedule, to no avail. I knew that the hotline had been dropping calls for two days already (my brother started calling the day before to reschedule my niece's flight and never got through). I was desperate for an answer—any answer. So we decided to drive to Seattle-Tacoma airport to go to a counter and get a live human being to help us.

Before getting in the car, inspiration struck. I went to JetBlue's Twitter account and saw that they had actually offered to assist Twitter users who were voicing their frustration and begging for help via Tweets. I sent two desperate Tweets out, hoping but not believing that I would get an answer.

Ten minutes into the car ride, I received a direct message on Twitter from JetBlue:

By the time we pulled into the airport, I already had JetBlue's Twitter representative booking me on the earliest available flight and refunding my brother for his.

The resolutions to our problems were not ideal. I will be spending New Year's Eve up in the air and my brother will not be able to see his daughter at all for the holidays. But this is the combined result of an act of God that's out of everyone's hands and the risk that one takes by booking a budget airline. To be frank, I will probably not book any more flights with JetBlue during the holidays from now on because this is when a) flights are always fully booked; and b) the weather can be most unpredictable. As much as I love flying with JetBlue, it is a curse to be on one of their flights when disaster strikes because they don't have enough planes nor any partnerships with other airlines to cope with the resulting backlog. This is the second time I've had a JetBlue flight get cancelled on me during the holidays in a span of four years. The first time, JetBlue could only get me to Seattle after Christmas had already passed. This time, JetBlue can't get me to New York before New Year's, which means I miss an important occasion plus a full week of work.

But even though the solution was not ideal, I am still impressed by how we got it. I still cannot believe that my problem was solved so quickly and efficiently via Twitter! I applaud JetBlue for utilizing Twitter not just for marketing but to actually extend customer service. And I sincerely thank their Twitter representative for reaching out to me and to so many distressed passengers today when we couldn't get any help elsewhere. May awesome travel karma come your way!

I am sad to be missing out on some great parties in New York this New Year's Eve, but I am so grateful for the wonderful year I've had that I really don't have it in me to feel too sad. Life was very good to me in 2010 so no matter what, I choose happiness.

Wishing all other stranded passengers good luck in finding your way home (or wherever you need to go). I'll be watching you all party from the skies!