Look what I got from my Secret Santa! 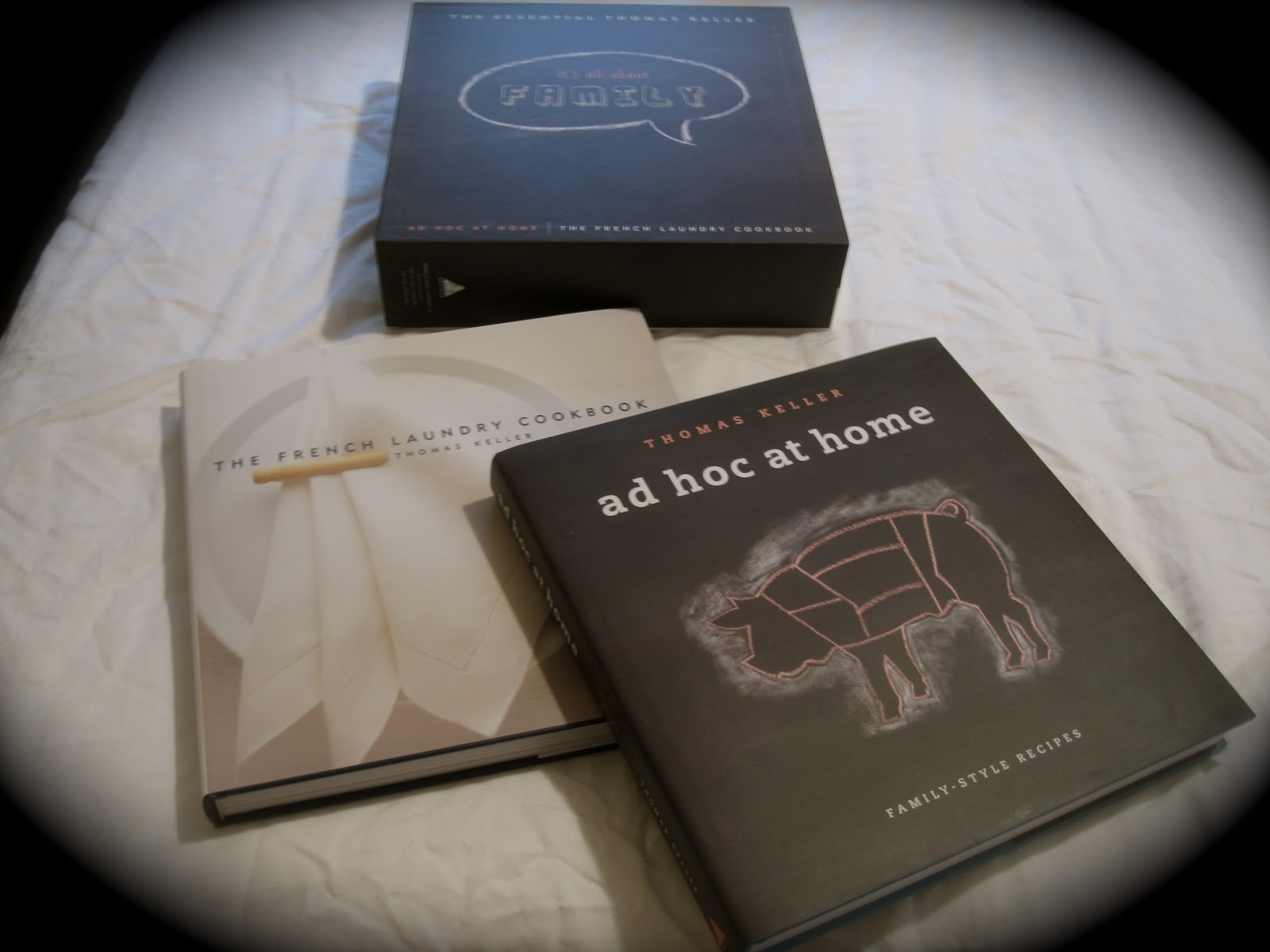 I was so thrilled to unwrap this beautiful box set of Thomas Keller cookbooks on Christmas Eve! I realized today that these are the first grown-up cookbooks I've ever owned, so it's extra special that my Secret Santa was my dearest Mama. 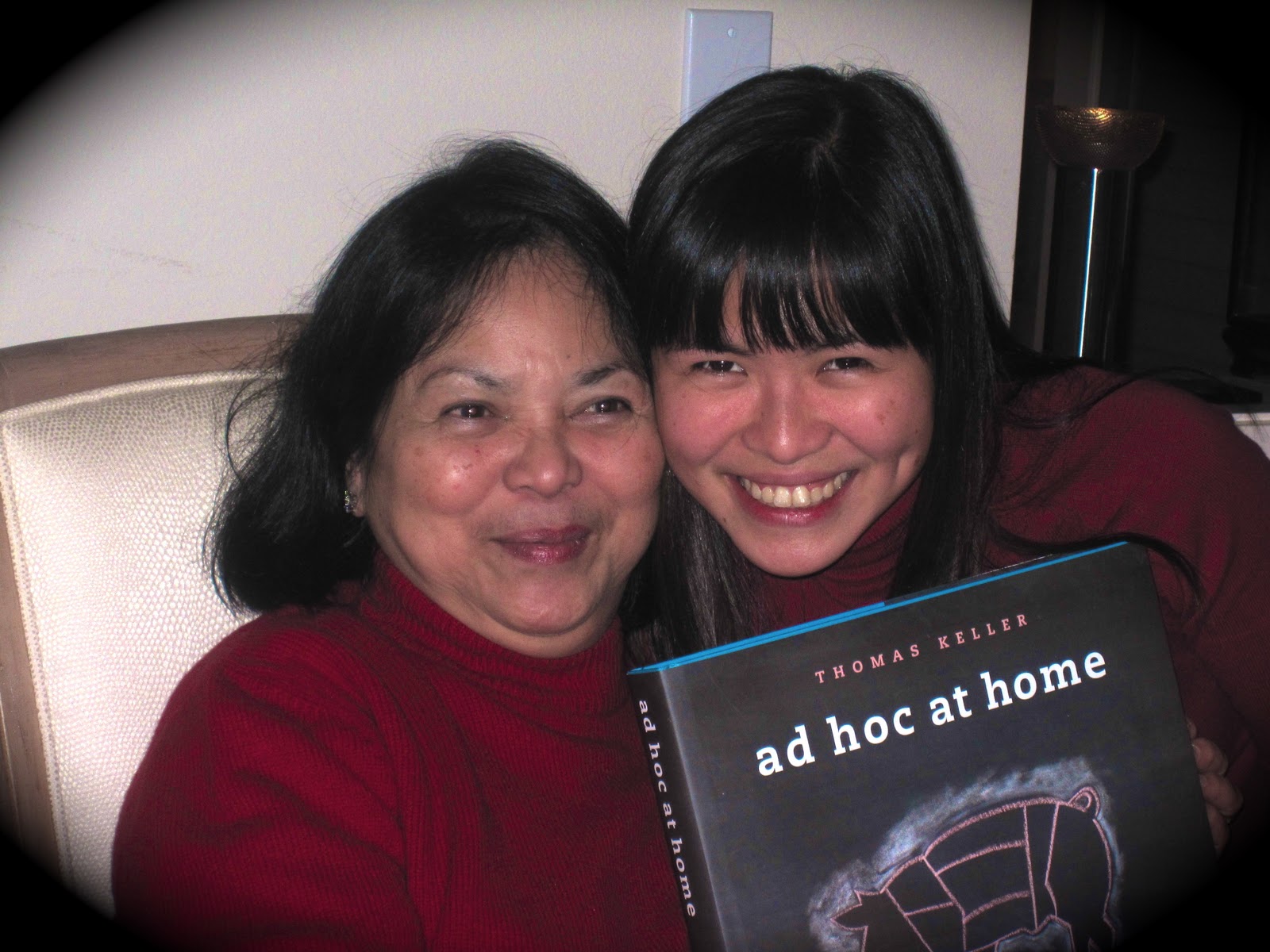 Cooking is among my mom's many talents. When I was a kid, I was overwhelmed with what it meant to be a mom from watching her. She can cook and bake anything, make any plant flourish, tutor us in Geometry, kick our asses at Nintendo games, fix the family PC (when I was the one studying computer architecture), and figure out why the car won't start in under five minutes. I didn't realize til much later that not all moms could do this—ours is just pretty special. I'm crossing my fingers that her cooking skills aren't a recessive gene and that it'll pop up in me at some point during my cooking experiment!
My shiny new set of Thomas Keller cookbooks includes Ad Hoc at Home and The French Laundry Cookbook. I joked that I should probably just leave the heavy The French Laundry Cookbook here in Seattle since there's zero chance of me ever being able to cook anything in it. But what the heck, I'll lug it back to New York and treat it like food porn—I can already picture myself leafing through the pages ... while eating a bowl of instant ramen. 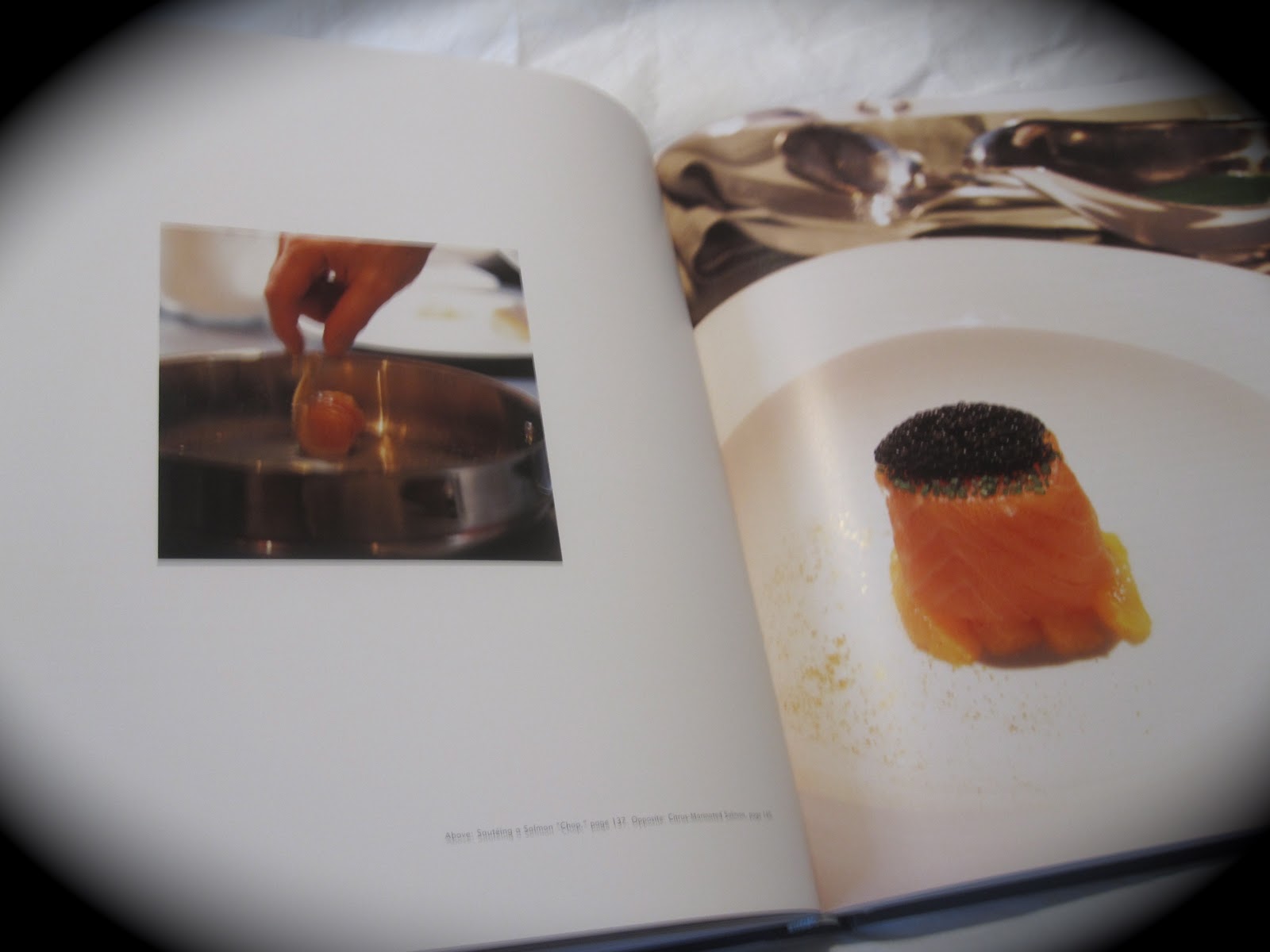 Ad Hoc at Home will hopefully be put to good use. I'm pondering re-doing my five-course menu to do the entire meal based on the many amazing recipes in this book. It's chockfull of really good tips for home cooks and novices. In Chef Keller's own words, "No immersion circulator required. No complicated garnishes. I promise!" The book is so beautiful and the design so modern. I really love it. 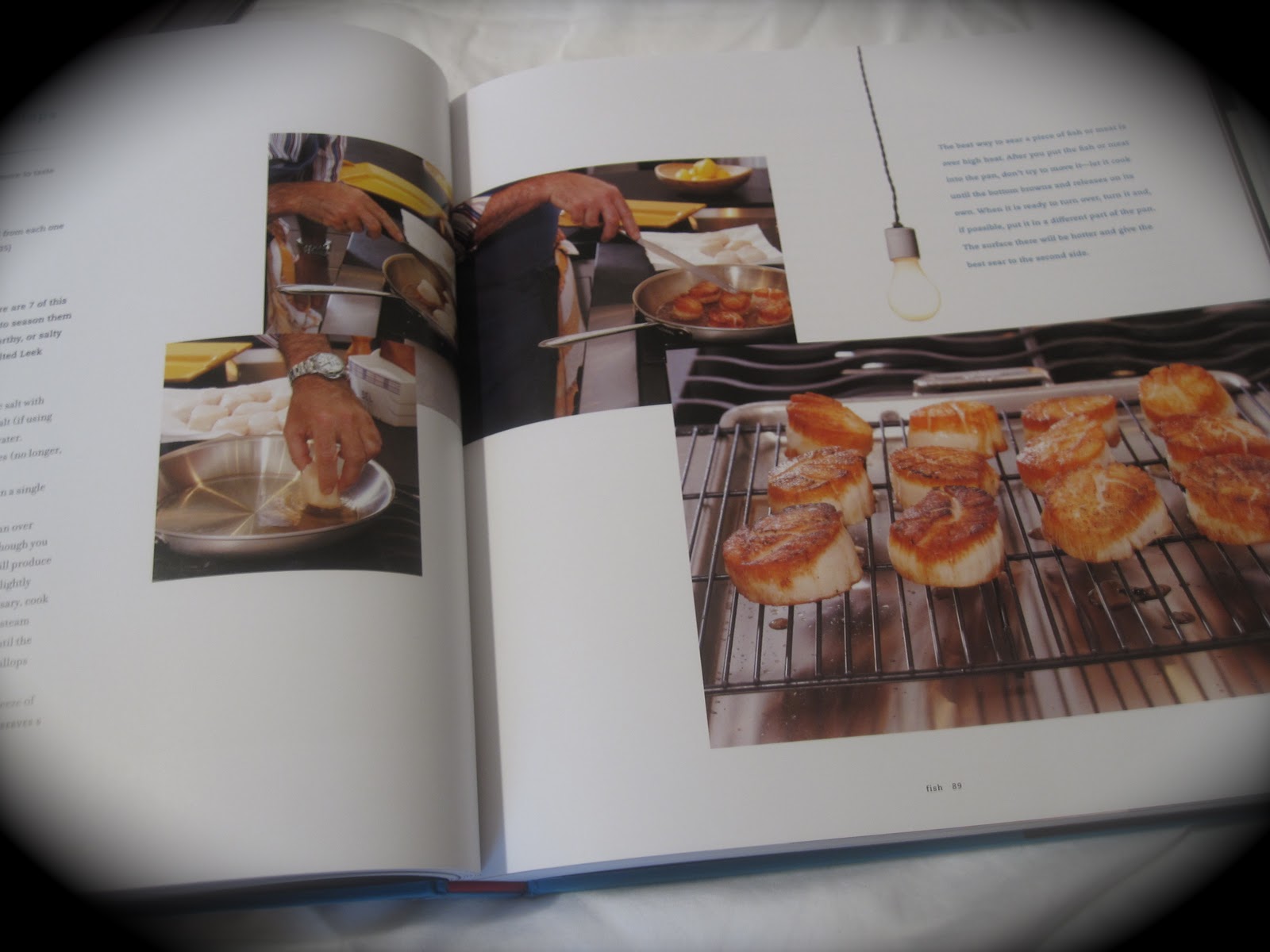 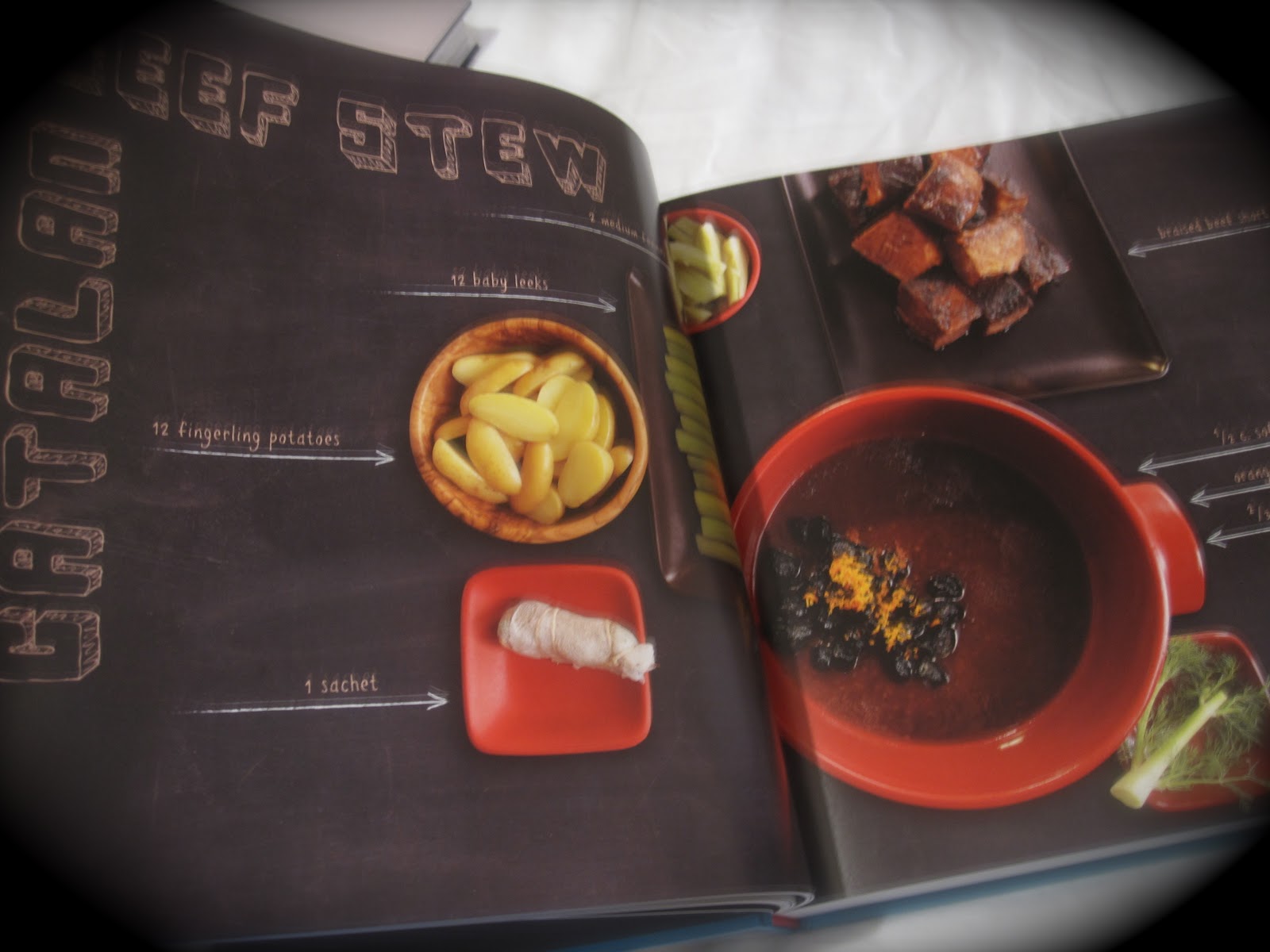 Now that I have the book, I guess there's no turning back. Five-course meal, here I come!