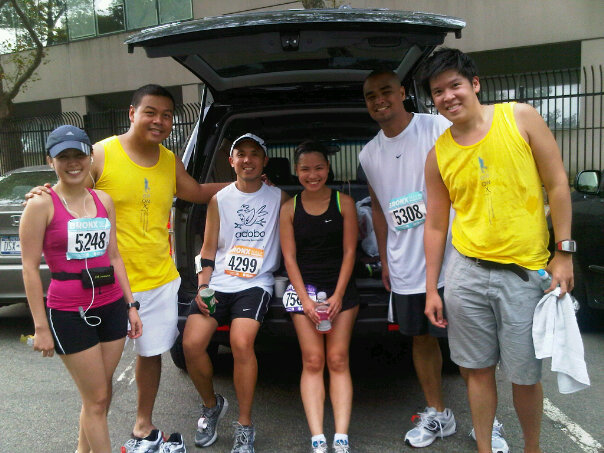 The crew after the Bronx Half Marathon. We made it!
It could've been the result of cooler temperatures, cloud cover, six inches less hair, or the liberating feeling of running in a sports bra ... but I'd like to think that it's due to good old fashioned hard work that I shaved four minutes off my Queens half marathon time to finish the 13.1-mile crazy hilly Bronx course in 2:18 today.

I was so shocked at seeing the time as I hit mile 13 that I went into a full sprint to the finish line. At around mile 5, I was convinced I'd blown the race by going out too fast in the beginning and not taking the walk breaks I'm used to early enough. I was over-confident from finishing a half marathon three weeks ago and excited to tackle the hills after my difficult yet rewarding hill workout with the Adobo Running Club last Tuesday. So I powered up the hills, all the while repeating in my head, "Run on your toes! Run on your toes!" Then I gleefully sped down the hills basking in the cool breezes. And then ... I got tired. Crap. If I had an inner cheerleader giving me peptalks during the last race, this time I had a world class bitch telling me off, "Oh so you thought you were Speedy Gonzales huh? Look who everyone's passing now! Yeah, I'm talking to you." I felt dejected for a little while and then suddenly just thought, you know what, it really doesn't matter that I messed up earlier. I can still keep putting one foot in front of the other. All that matters is that I hold this pace and keep on trucking on.

So I did. And somehow, before I knew it, I was passing the mile 11 marker. I'm not gonna lie and say that mile 12 and 13 came in a flash soon after that because that's completely untrue. In my very limited experience, nothing feels as excruciatingly long as those last two miles. Heck even 400 meters feels like an eternity when you're nearing the end. But somehow, I managed to finish in good time, without having to crawl towards the finish line.

Since I'm exhausted and my capacity to write a post with structure is now overcome with a desperate need for some ZZZs, I'll finish with a bunch of random bulleted thoughts: 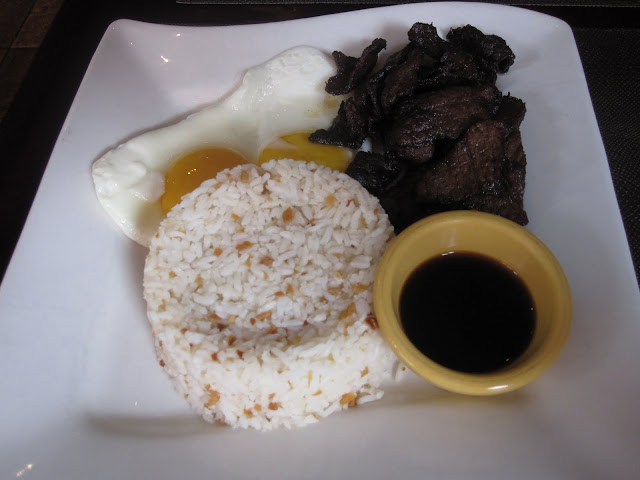 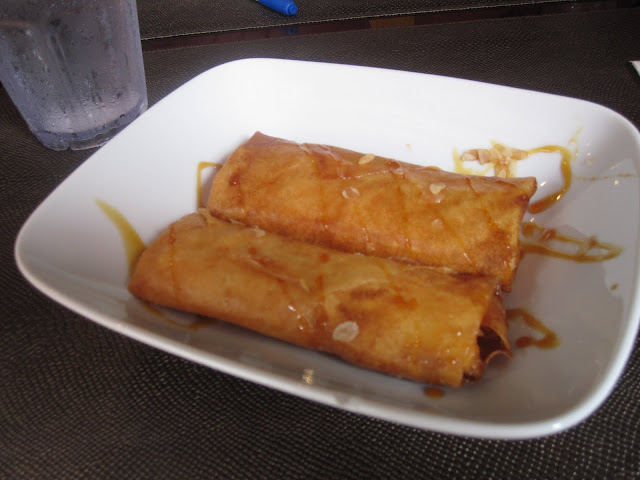