#28: Learn the Art of Aerial Silks—CHECK!

A few months ago, I set out to learn the art of aerial silks and boy did I learn. What I've learned in particular about the art of aerial silks is ... it is freakin' difficult. It turns out that there's a reason why it's an act in Cirque du Soleil. Another thing I learned is that if I really want to become good at it, it's going to take a lot of time and money because lessons cost a nice chunk of change, and I need to take them regularly to develop the strength to clamber up pieces of silk, wrap myself into knots, spin around and descend ever so gracefully. With the marathon less than 15 weeks away, pole dancing taking up my "cross-training" days, plus a road trip and two weeks in Ibiza and Portugal coming up, I neither have cash or time to spare. Add to that the fact that my partner-in-crime Kate is soon trading the Big Apple for the Big Smoke. So Kate and I decided that last Saturday would be our last aerial silks class. My dreams of becoming part of Pink's cast of acrobats will have to be sidelined for now ...
We hadn't gone to an aerial silks class since May but I found that I was considerably stronger this time after all my pole sessions. The simple act of climbing the silks used to be near impossible for me, but yesterday I found myself moseying up using both the left and right side with a lot less difficulty than before. I actually got off the ground quite a bit, woohoo! I find that I prefer climbing the silks to pulling myself up that darn pole, which always leaves me more bruised up than fruit that's taken a tumble down a grocery aisle. I guess I am inching ever so slowly to developing upper body strength after all. 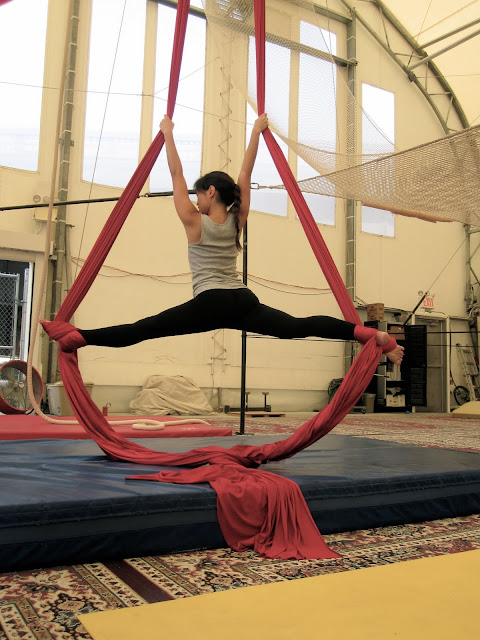 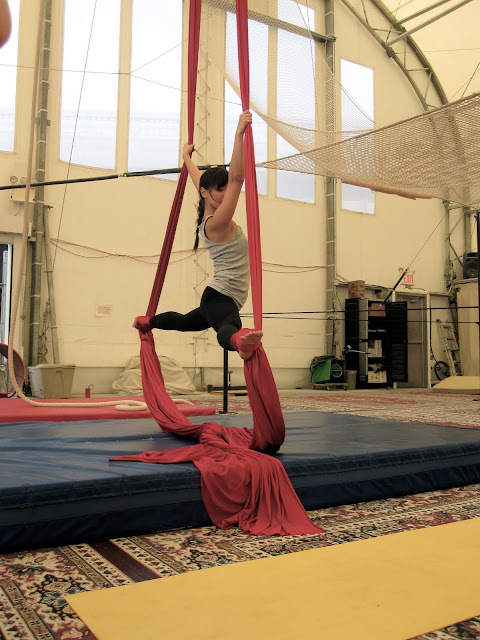 My core still needs a lot of work though. Kate manages to invert herself and just hang out there without much trouble, but I need a massive push from the teacher to get anywhere. I mean think about it. A pull up in and of itself is difficult enough, right? Imagine doing a pull up, flipping yourself upside down, lowering your legs to a pike position, raising them back up so that your body's inverted in a perfect straight line, and repeating the last two steps about two more times. I think that for people who are not Alvin Ailey apprentices or former child gymnasts, this would be quite a feat to accomplish. Bravo Kate! 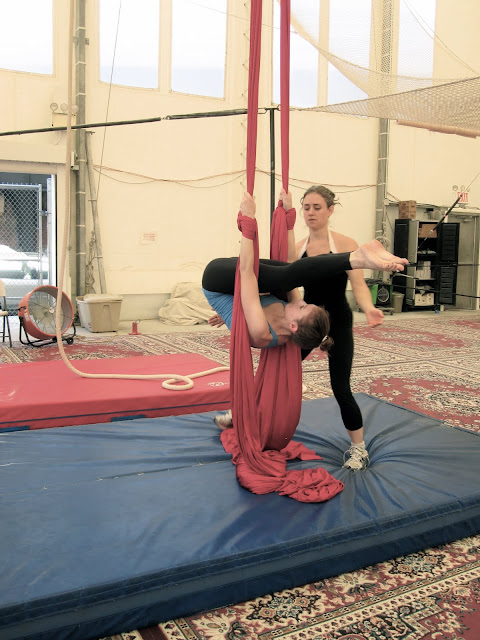 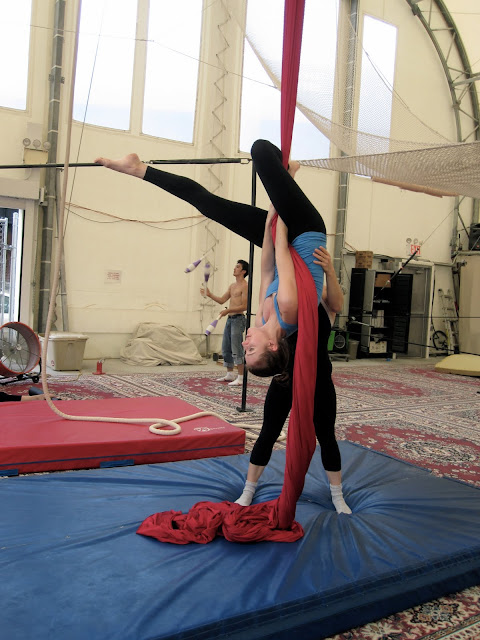 I felt most accomplished when we did Man in the Moon. This is one trick we did during all four lessons and I still remember how confounding I thought it was the first time. While I still struggle with swinging myself around on the silks, I can at least get through the whole thing without having the teacher say and repeat each step twice as I hang precariously off the silks. I may have actually retained something! Or maybe my system was just a lot less inundated with alcohol this time. 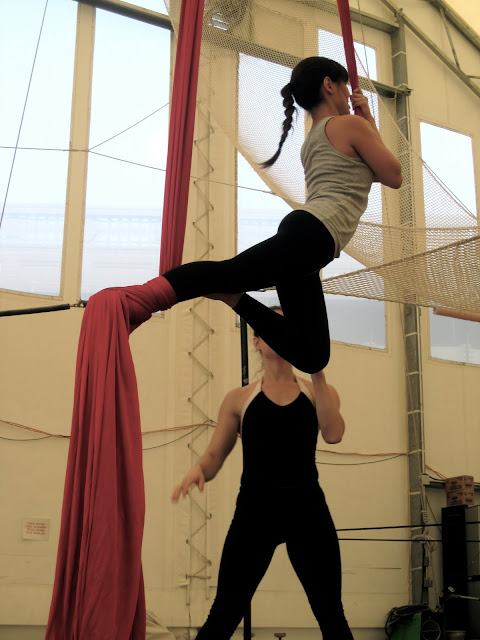 I definitely think this is a fun activity to try, but there's a certain level of strength, flexibility and coordination required even for beginners. I feel like pole dancing workouts, in comparison, are a lot more forgiving and able to deal with people of varying abilities. But it will forever be a dream of mine to do a full aerial silks performance someday. So this isn't good-bye aerial silks ... just a check and see you later!