This was the desperate thought in my head as I suffered through watching the New York Red Bulls vs. LA Galaxy game today sans beer. With the Bronx Half Marathon less than 24 hours away, I was not allowed to have a drink—not because one beer could wreck the entire race for me, but because I have never, in all these years of drinking, ever been able to have just one drink. It's not just a slippery slope but a freakin' freefall between one beer and six for me.

Do you have any idea how difficult it is not to have a sip of beer when the sun is shining, the weather is perfect, the smell of grass is wafting in the air, strapping men are running around with vigor in front of you, and you're surrounded by happy people swigging ice cold brewskies?
It is freakin' TORTURE. 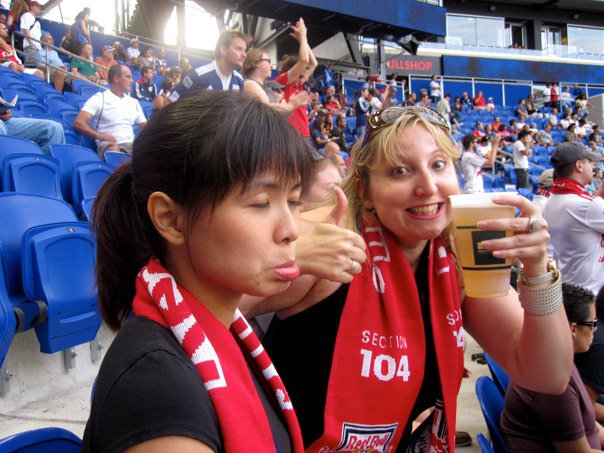 It is extremely unnatural to be in a sports event without being the slightest bit inebriated, in my humble opinion. I did my best to get into the spirit and joined the crowd every time it lustily yelled "You suck, asshole!" as the opposing team's goalie went in for a kick. 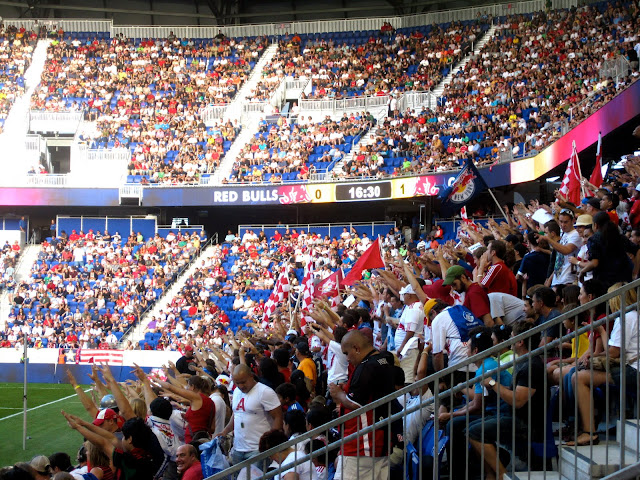 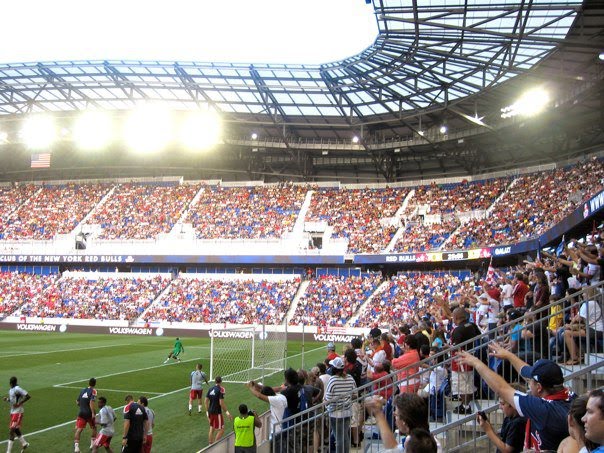 But I was wracked with guilt every time I yelled those words. This is why alcohol is absolutely necessary when spectating. Fans have a responsibility to heckle the other team and should be able to do so gleefully without guilt, dammit!
I am the type of person who starts doing an inventory of the beer available in a stadium on the way to her seat (I noted that there was Hoegaarden, Stella and PBR to save me from having to drink Budweiser, in the event of an emergency). By the time we got to the top of the first half, I had to be talked down by Zoe, who was determined to help me stick to the program. But I seriously felt like I was going through withdrawal. Haunted by the smell of beer on their breaths, I started hatching plans in my head ... what if I tell Zoe I'm just going to the bathroom but actually grab a beer, chug it down, then come back to my seat holding a Vitamin Water? No one will be the wiser. I just need one little drink ...
Thank goodness the soccer gods decided to send me some much needed distraction before I could jump over our friend Moses and make a run for the beer stand. 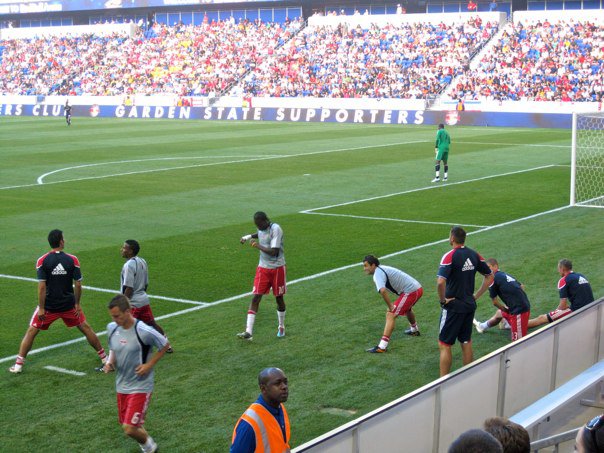 Hello Mike Petke. YOU are my MVP. You stretch those glutes ... or whatever it is you're trying to stretch. 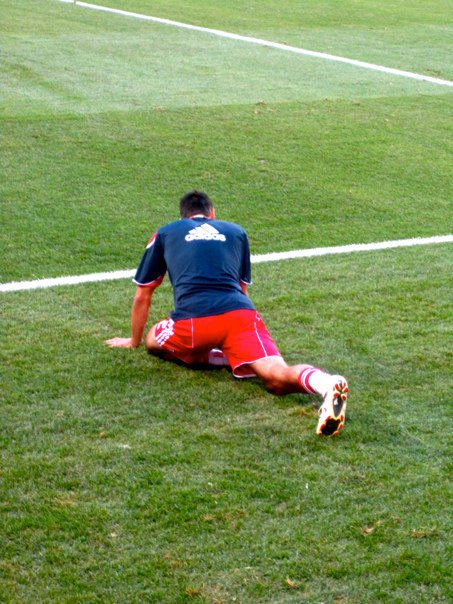 Not even the game itself, which was still ongoing, could distract us from what I personally feel was the main event. To make it clearer, Zoe's gonna point it out for you. 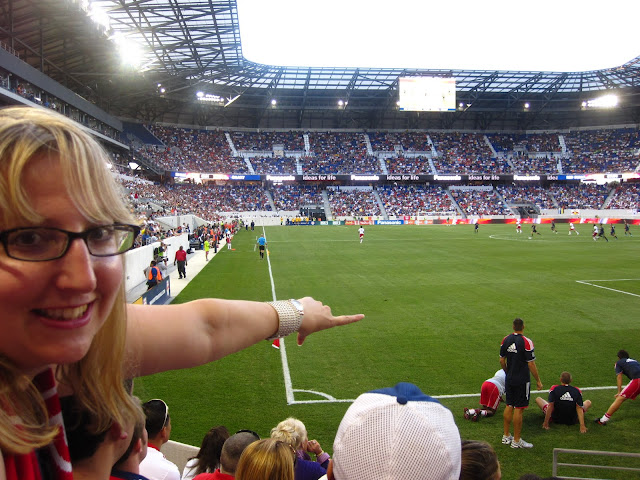 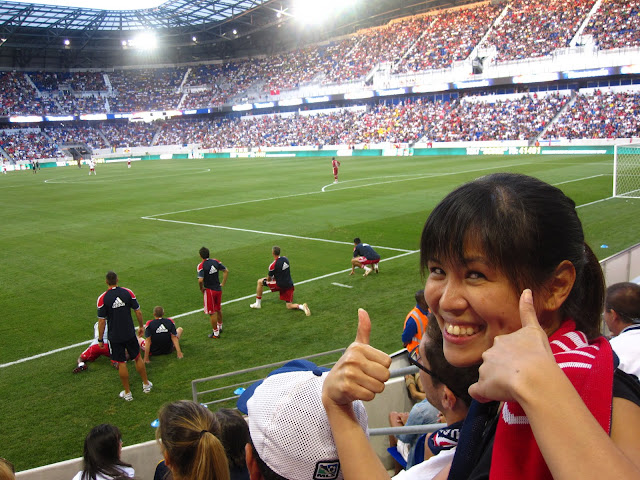 In the end, LA Galaxy triumphed over the Red Bulls, 1-0. I never did get to drink any beer but I did get a good show from the hotties, with the bonus of three teenage boys who leapt over the barrier four rows from us, took off their shirts, and ran all the way over to the other end of the field before getting caught by security. I like to think that this was their way of protesting against the "no taking off of shirts after making a goal" rule, which I personally feel is the most idiotic move marketing-wise ever made in soccer. That's like banning thongs and push-up bras from Victoria's Secret fashion shows.
So now that I'm sufficiently hydrated and I've had my fill of ogling hot soccer players, I am calling it a night. Six hours and counting to the Bronx Half Marathon! Wish me luck!