A History Lesson on the NYRR New York Mini 10K Little did I know when I signed up for the NYRR New York Mini 10K that I was joining an event with such an amazing history behind it. If like me, you're unaware of this race's history, then you're probably also wondering, "Why do they call it a mini 10K?" Running in a 10-kilometer race, after all, is no small feat.
Well let me tell you a little story. This race first took place in 1972, the year when women were finally allowed to officially enter the Boston Marathon. As late as 1967, marathons were still events solely for men. In fact, there's an infamous image of legendary runner Kathrine Switzer being chased by a race director during that year's Boston Marathon, in an attempt to tear off her number and forcibly remove her from the race. She had gotten into the race by signing up as "K.V. Switzer" but at mile 2, the race director spotted her. Her boyfriend, a burly hammer-thrower, was running alongside her and threw himself at the race director, allowing Kathrine to complete the race in 4 hours and 20 minutes. 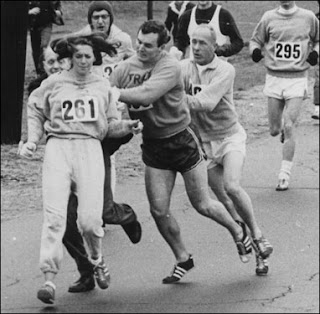 By 1972, things were finally starting to change. So Nina Kuscsik, Kathrine Switzer, and New York City Marathon co-director Fred Lebow staged the very first all-women road race on June 3, 1972 in the Big Apple. The 6-mile race was dubbed the Crazylegs Mini Marathon after the sponsor, Crazylegs Shaving Gel, and the miniskirt, which was all the rage then. They've kept the "Mini" in the race's name throughout the years.

A few weeks after that first Mini Marathon in New York, President Nixon signed the landmark Title IX legislation, which mandated that, "No person in the United States shall, on the basis of sex, be excluded from participation in, be denied the benefits of, or be subjected to discrimination under any education program or activity receiving Federal financial assistance ... " What was meant to be an amendment focused on education turned out to have a massive impact on sports funding for women in high schools and universities. And the rest, as they say, is history.

Women's running has grown by leaps and bounds since that first Mini Marathon. Back in 1972, 78 women ran the Crazylegs Mini Marathon—and that was considered a large turn out. Last year, 4,291 women participated in the NYRR New York Mini 10K. On Saturday, my girl friends and I will join doubtless thousands more in filling some very big shoes. 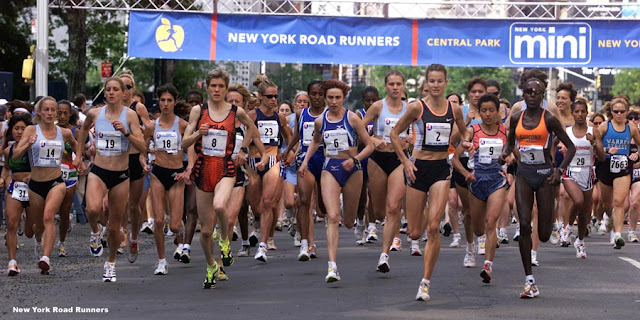 I highly recommend reading this article from The New York Times written by Kathrine Switzer herself on how women's running has evolved since that fateful day that she dared to run the Boston Marathon. I had to blink back tears by the end of the article. It is truly inspiring. 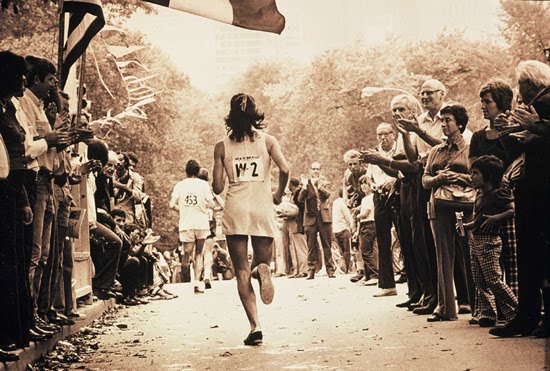