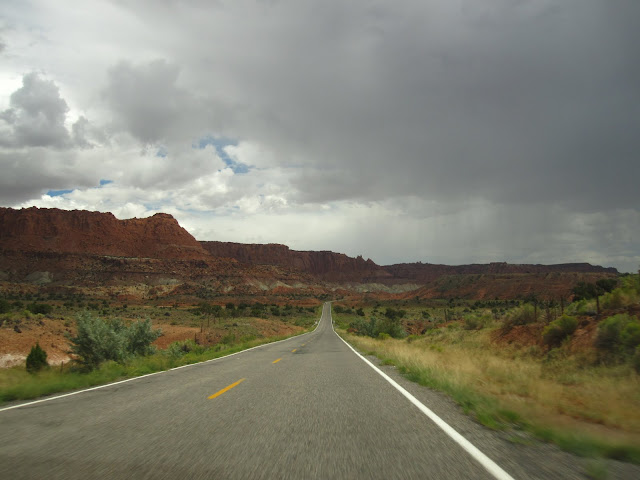 From Highway 12, we turned on to Highway 24 and found ourselves on Mars. Suddenly, we were driving along a vast, desolate expanse of red earth surrounded by towering cannons and boulders balanced precariously on the canyon’s edges.

"Caution: Falling Rock. That’s nice," Kate quipped with her dry English humor as she  read the road signs aloud. We pulled over on the deserted road to gawk and take pictures of the alien-like scenery. We were in Capitol Reef National Park. 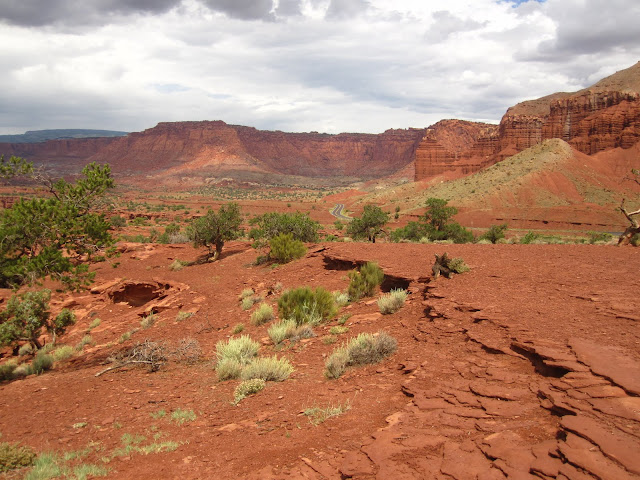 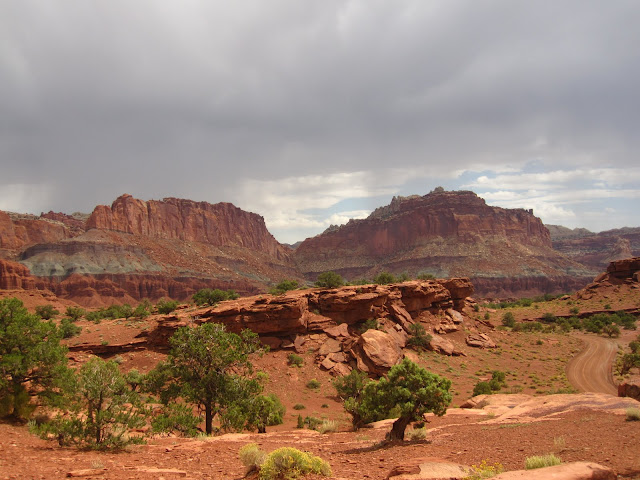 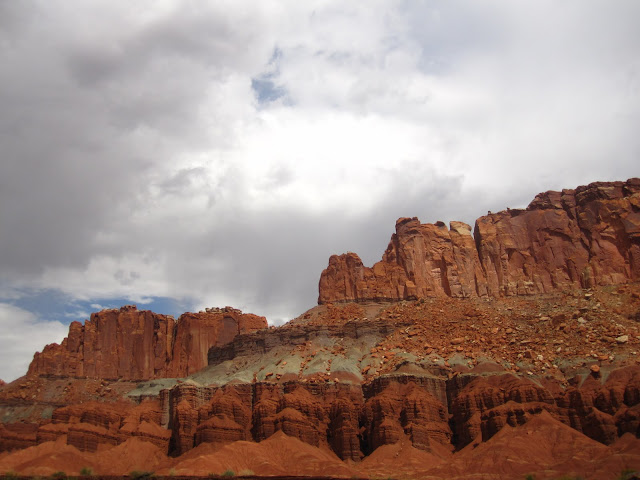 Capitol Reef National Park contains a spectacular section of the Waterpocket Fold, a nearly 100-mile fold in the earth’s crust. I can’t explain the phenomenon in my own words so I’d best quote from the National Park Service website:

The Waterpocket Fold formed between 50 and 70 million years ago when a major mountain building event in western North America, the Laramide Orogeny, reactivated an ancient buried fault. When the fault moved, the overlying rock layers were draped above the fault and formed a monocline.

We would have wanted to do the scenic drive through the park, go on a hike to see the Waterpocket Fold, and pick apples and pears from the Fruita orchards. But  time wasn’t on our side, for one, and then the rain started pouring. Since flashfloods are a serious threat in this area, we decided to cut our losses and continue on our trip. We were at least able to snap photos of a few sights along Highway 24, like Chimney Rock ... 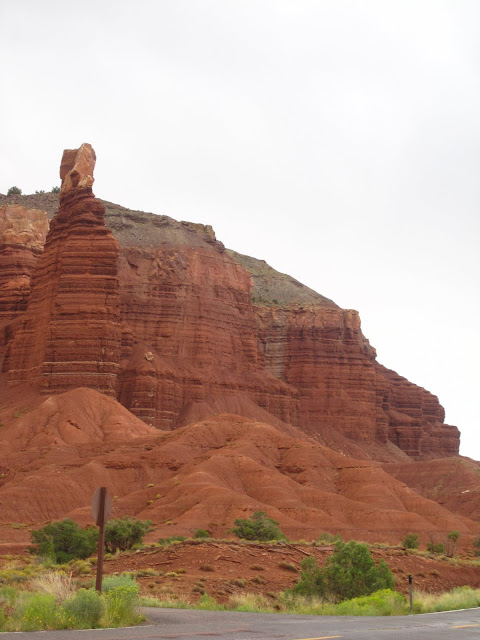 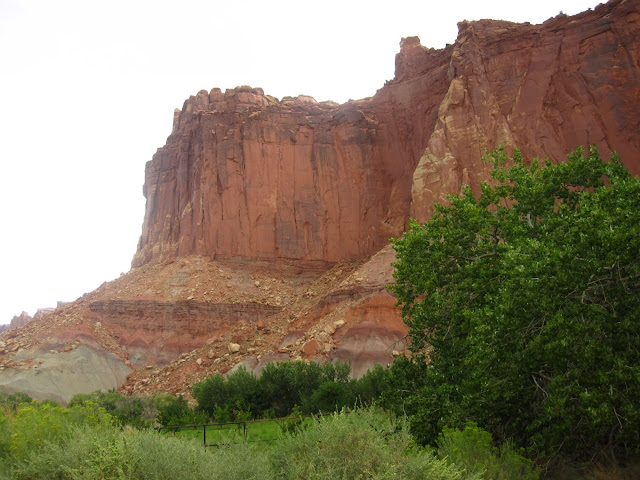 ... and some ancient petroglyphs created by the Fremont Indians who occupied the area nearly 1,000 years ago. 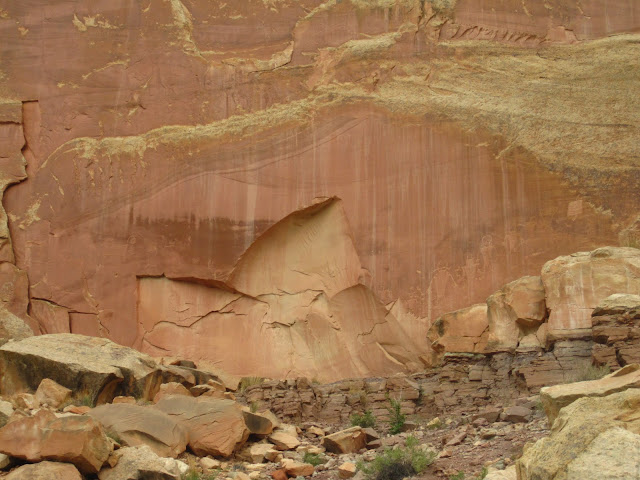 The drive out of Capitol Reef was very pretty, in any case. At some point, it seemed we had gone from Mars to the moon. 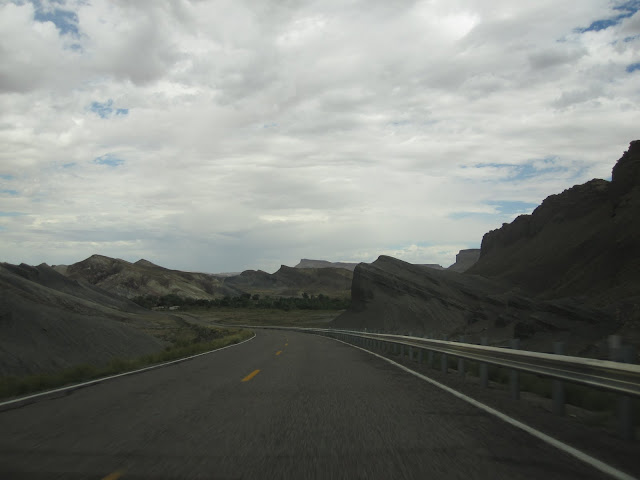 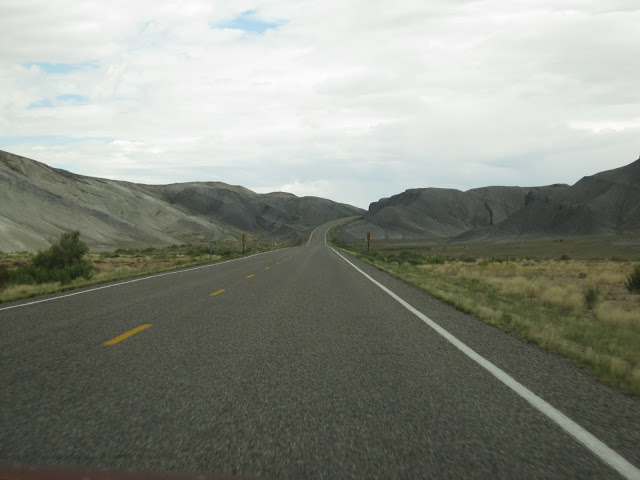 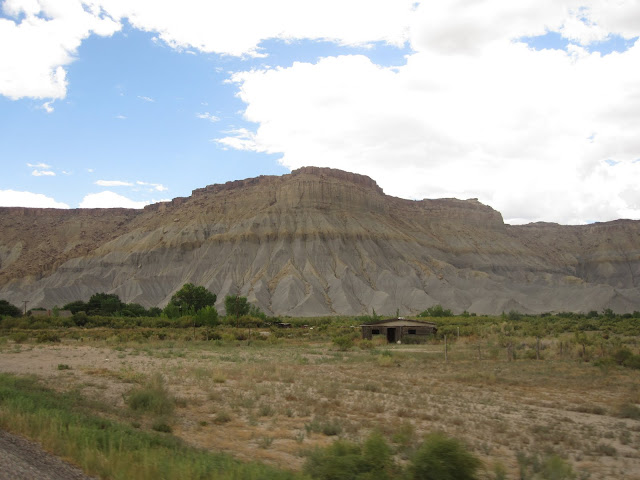 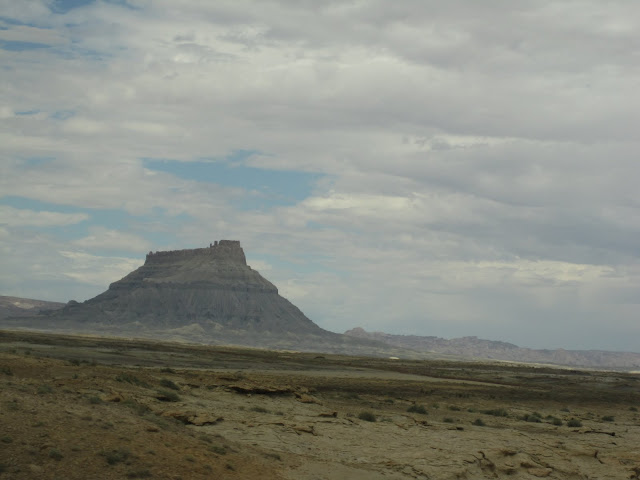 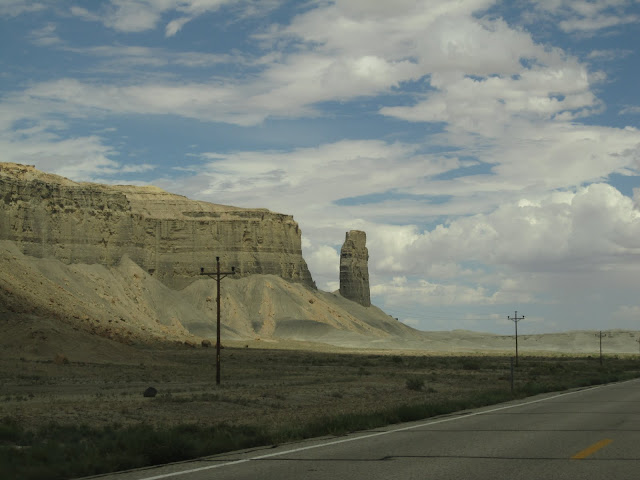 Before making the turn to Highway 95, we stopped at a dusty roadside store to buy bread and have a quick lunch. While we were digging into our leftover curried chickpeas and couscous, a biker pulled over and shared our table to upload the photos he’d taken on a mounted camera to his laptop. He was an English fellow who’s been living in Los Angeles for the last 20 years, and was doing a solo road trip following a similar path to ours but perhaps ending up somewhere in Montana eventually. He hadn’t decided yet. I wonder what it feels like to travel that freely ...
Just as we were wrapping up our lunch, a dust storm started to brew around us so we hurriedly said goodbye and hopped on to our respective vehicles. 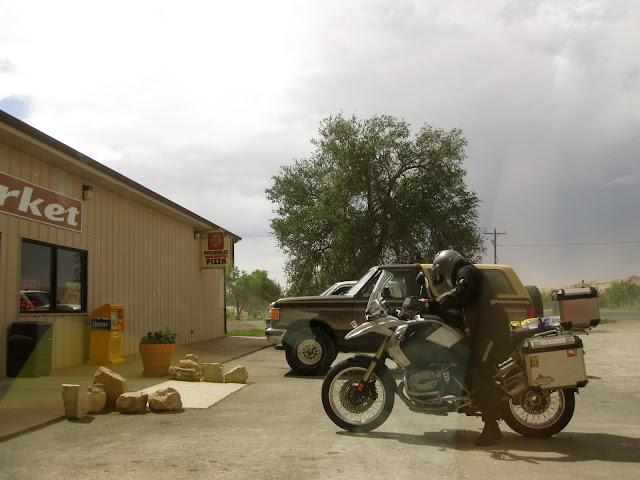 Together, we turned into Highway 95 where, like the fitting ending to a movie,  we watched our friend drive off into the horizon. 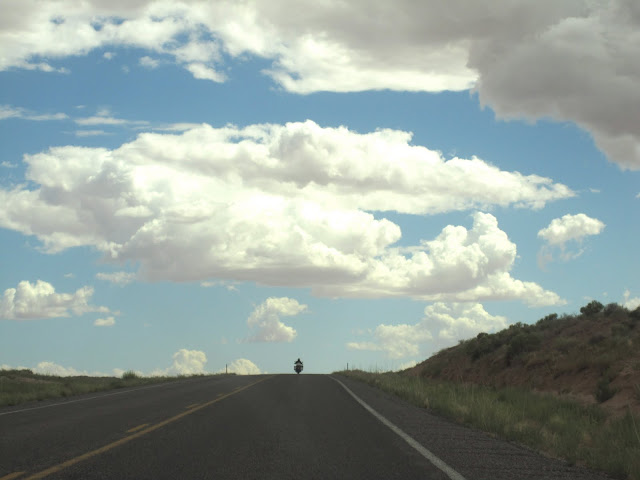