Still high from the gorgeous drive and refreshed after finally getting to some pay showers, Kate and I ventured out to see Bryce Canyon's famed hoodoos. I didn't even know such things existed before we started planning this trip, but I've been enthralled with them since discovering them. Explaining the origin of hoodoos requires a lengthy geology lesson so let's just say that these are rock formations that have been sculpted by ice and water (If you're really interested though, page 4 of the Bryce Canyon summer newspaper discusses hoodoo formation at length). Hoodoos can be found in other parts of the world, too, but nowhere are they as abundant as in Bryce.

The view that impressed us most was at Bryce Point. When you step up to the edge of the rim, you're rewarded by a seemingly endless parade of hoodoos in every shape, size and hue. It is absolutely mind-blowing. Click on the images below to enlarge. Believe me, you want to. 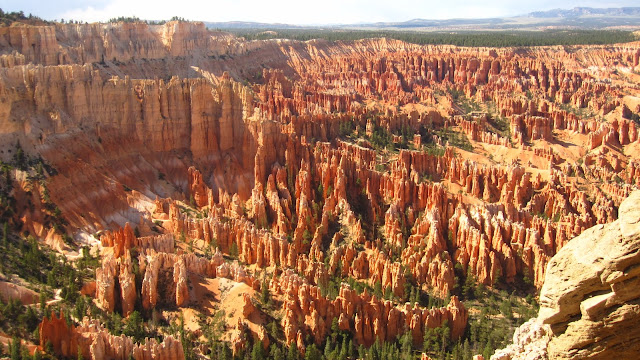 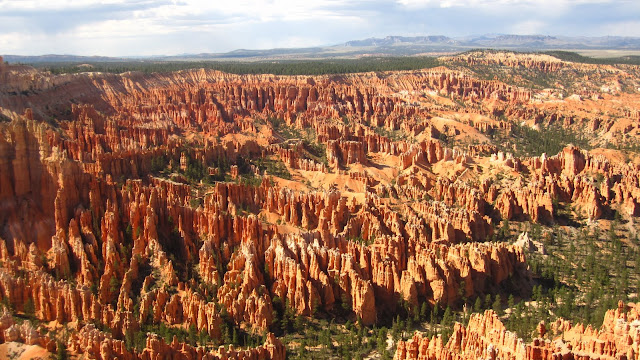 Bryce Point is a great vantage point to see the beautiful grotto formations within Bryce Amphitheater. I would be impressed if an architect designed forms like these. To think that all of this was sculpted by Mother Nature truly blows my mind. 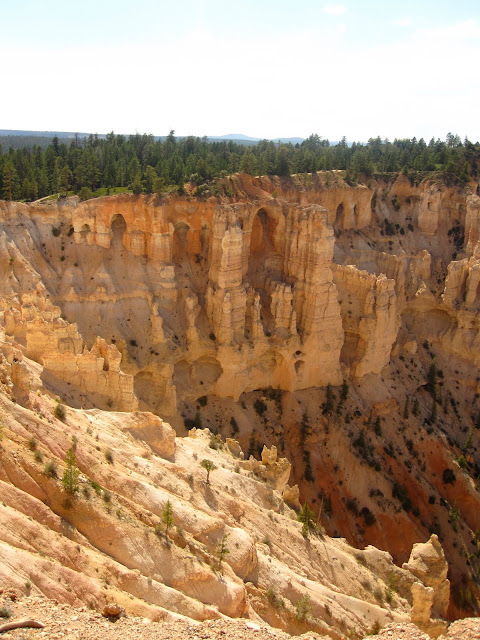 Bryce Point is also a great place to see nature's finest paintings. How beautiful is the dégradé on the amphitheater's wall? 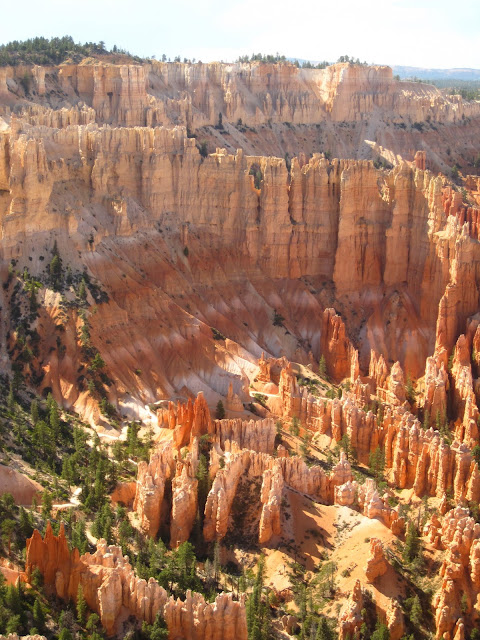 We also visited Sunrise Point, where I was smitten with the fin-like, jagged patterns. We didn't wake up early enough to see the sun rise over Bryce Amphitheater, but I'm sure these colors look even more sublime in the early morning light. 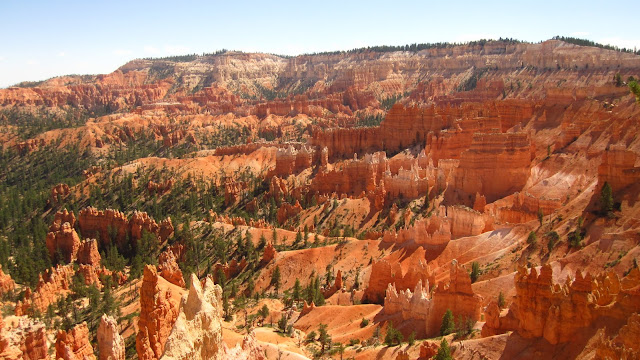 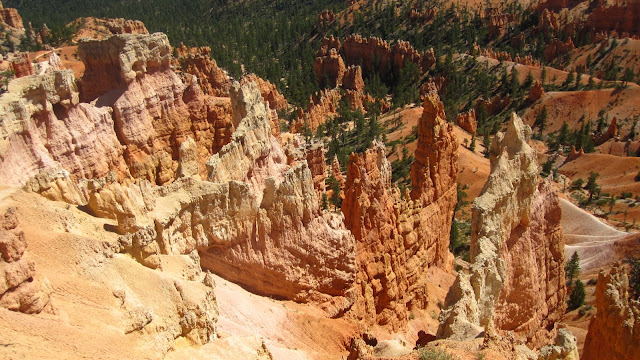 Sunset Point gave us a great view of the portion of the amphitheater referred to as Wall Street for its towering columns and narrow passageways below. I am still heartbroken that we weren't able to hike into Wall Street and experience being surrounded by the towering hoodoos. We so badly wanted to be down there when we spied the people below but the sun was about to set and we were clad in flipflops so it wouldn't have been safe. Lesson learned: Always be ready for a hike! We woke up early the next day hoping to venture down to Wall Street but alas, it started to rain—and no one wants to be on the floor of the amphitheater when water's pouring from the heavens. I would come back to Bryce in a heartbeat for another shot at this hike. 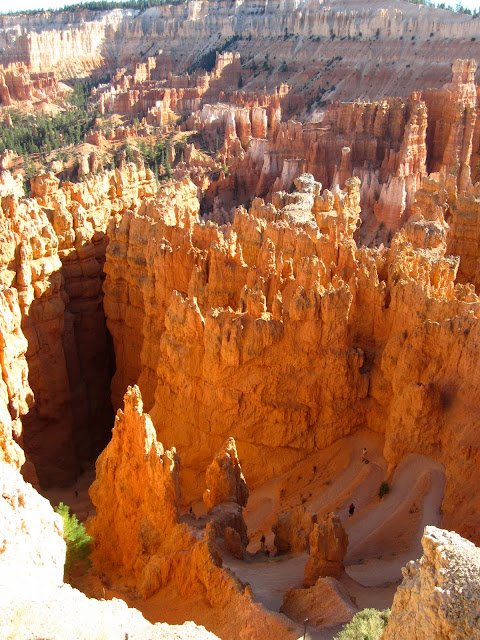 Bryce was definitely one of the highlights of our trip. The intricate patterns and formations of the hoodoos and the sheer abundance of them was more impressive and jaw-dropping to me than the vastness of the Grand Canyon. Seeing this spectacular park is just one of the many fortunate side effects of my little 30 Before 30 Project. If it isn't already on your bucket list, it should be!