By the time we arrived at Natural Bridges, our heads were spinning from all the amazing scenery we had seen on the day's drive and nothing could get us down. Well ... except a sign posted at the campsite registry that basically said rattlesnakes had been seen in the campsite area. At first we were psyched that we were able to score such a quiet and private campsite with the pretty view below ... 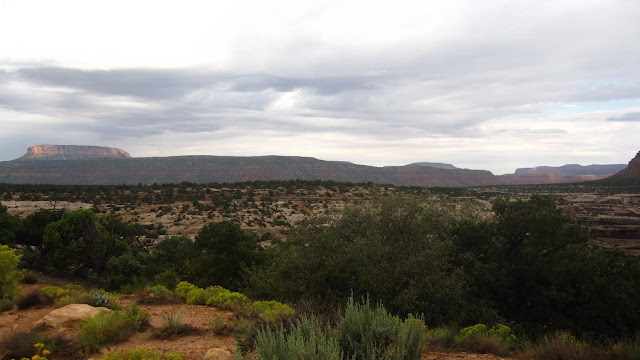 But I gotta admit I got pretty spooked. Those smiles below mask a shuddering facade. Kate and I spent most of the night stomping our feet as loud as possible to keep the rattlesnakes away (though we still haven't confirmed that this actually works). 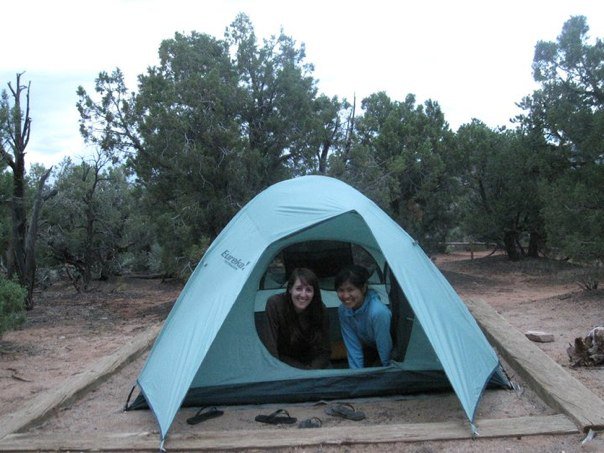 The next day we woke up to rain drops pelting our tent and dreams of hiking down to the bridges getting washed away. It's not a wise idea to hike down when it's raining because the bridges are located within canyons and flashfloods can occur at any time. We had to be content with viewing the bridges from above, which was a bit like playing "Where's Waldo?" Can you spot the bridge in this picture? 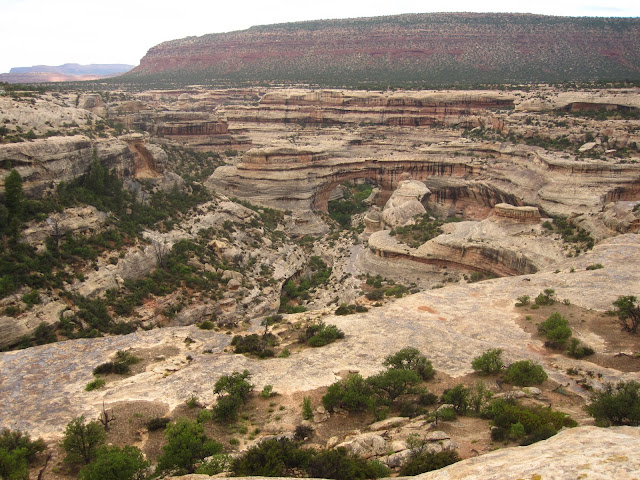 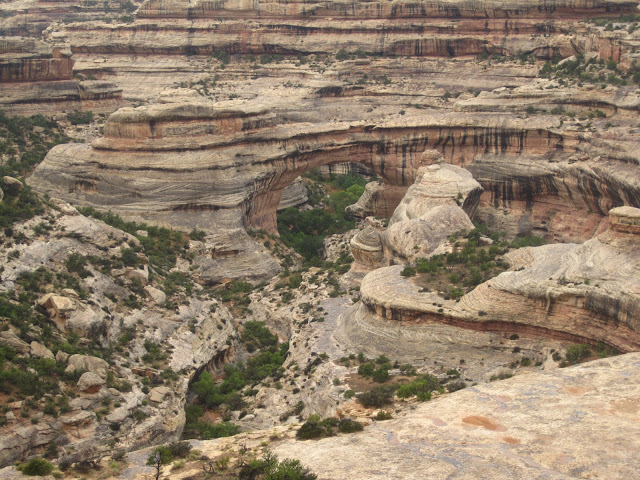 The natural bridges formed when streams running through the canyon sculpted them out of the sandstone through erosion. This is how bridges differ from arches, which are formed by seeping water and frost. The bridge above is called Sipapu Bridge and is the first one you'll encounter on the scenic drive through the park. At 220 feet in height and a span of 268 feet, it is the second largest natural bridge in the world next to Glen Canyon's Rainbow Bridge. The name Sipapu stems from Hopi mythology, and refers to the gateway through which souls pass to the spirit world.

The next bridge you'll see is Kachina Bridge, considered the "youngest" of the three bridges. It stands at a height of 210 feet and spans 204 feet. Native American ruins and pictographs can be seen in this area if you do the one hour hike down. 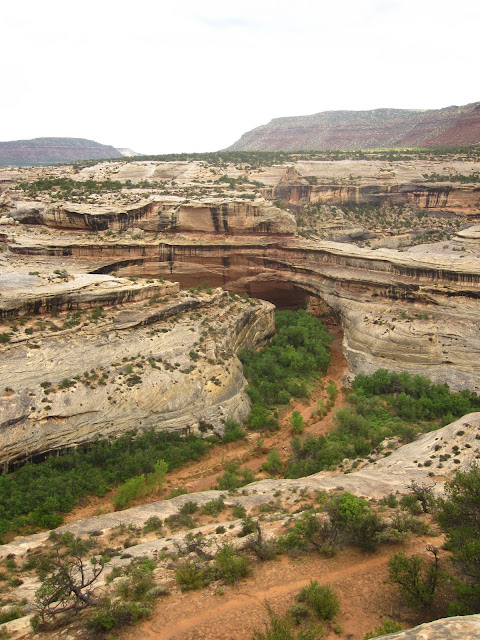 The last bridge on the drive is Owachomo Bridge, the most delicate and the "oldest" of the three. It is the most easily accessible, as well, weather-permitting. After completing the scenic drive, Kate and I set off for our next adventure: the journey through Navajo Nation to Monument Valley. This was a truly amazing drive so do check back for the next post!