#22: Walk on the Brooklyn Bridge—CHECK! 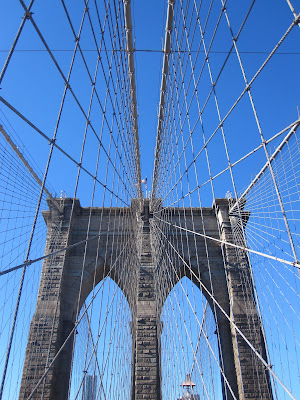 What is it about the human psyche that makes us easily take for granted what's already ours, what's easily available, what we've been blessed to have? For some reason, we're hardwired to aspire for and chase what we don't have. We only realize the value of what was within our grasp once it's already slipped through our fingers.

This applies to far too many drama-filled episodes of my life (and I'm sure, yours too) but since it's so much more enjoyable to be drama-free these days, let's steer this post in a much simpler direction.
I've missed out on the best that a place has to offer more than once in my life. I've lived in Asia, Europe and the US over the last few years, and I've repeated the same mistake time and again. I am a big procrastinator and tend to keep putting things off for later until I run out of time and end up with nothing but missed opportunities. I lived in Stuttgart for 6 months but never stepped foot in the Porsche museum. I lived in the Philippines for 25 years and never picked up a surfboard. So when I was writing my 30 Before 30 list, I decided I would make it a priority to do things that I've always wanted to do in my adopted city of New York, rather than keep filing them away for that tricky timeframe called "later."
Last Saturday, on a gorgeous autumn afternoon, I decided it was time to cross off an item on my list that's been marinating on the backburner: "Walk on the Brooklyn Bridge." The day started off with a languid brunch at Cafe Luluc in Cobble Hill with my cousin Melissa, her boyfriend Ben, and our friend Chini. After we'd put away the last of the eggs benedict and pancakes, I broached the idea of taking a walk on the Brooklyn Bridge and Melissa decided to come along. Like me, she's lived in New York for the last few years but never walked on the bridge.

There we were: two little Filipinas on a mission. We started on the Brooklyn side and walked towards lower Manhattan, snapping pictures, chatting and taking in the beautiful views. My hair's a mess and I look like I inhaled the entire chicken and not just eggs in the picture below but I don't care. I love it. 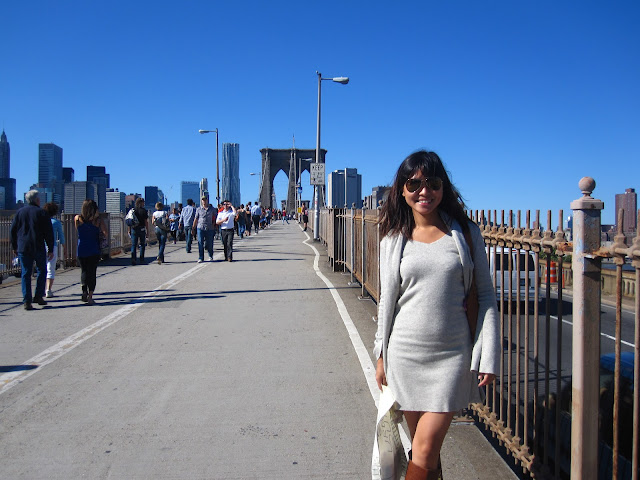 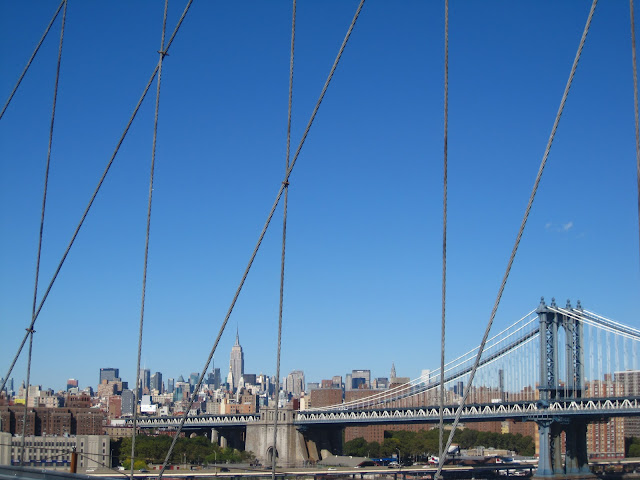 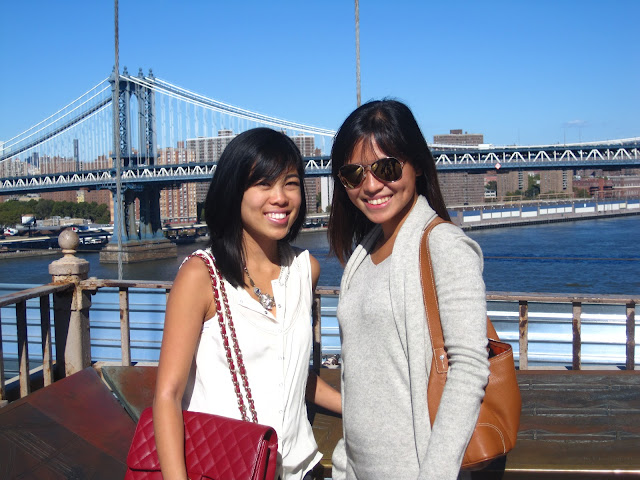 As runners zipped past me, I realized that I didn't need to cross this off my list and leave it at that. What's stopping me from making walking and running on the Brooklyn Bridge a regular occurrence in my life? Crossing things off my list doesn't have to mean lumping them in the "been there, done that" pile. I prefer the, "I had a great time. Can we do this again sometime?" approach.

When I started the 30 Before 30 Project, it was fueled by this need to recapture years I thought I'd lost. It is a wonderful surprise that instead, this little project has given me a life and a future to look forward to.

Labels: #22 walk on the brooklyn bridge