"You're from the Philippines? And you came to Portugal to learn to surf?" Tiago, one of the owners of Ribeira Surf Camp, asked incredulously as we got acquainted on the drive from the Ericeira bus stop to camp.

"I know, I know," I answered sheepishly. "I should've learned how to surf there but I moved to New York four years ago and never got the chance to do it."

"I've never been to the Philippines but my friends tell me there's great surfing there," said Tiago.

Over the next five days, I would have several different variations of this conversation at the camp—which is precisely why learning how to surf landed on my list. Too many times we tend to take things for granted when they're accessible. People come from all over the world to the Philippines just to surf our waves. But I lived there for 25 years and never saw a drop of Siargao's waters. So now I'd gone the opposite way as Ferdinand Magellan to make my own discoveries on his shores. Oh well, at least I'd get to try the surf camp's famous pizza, glut myself with more Fanta, and learn to surf surrounded by cute European boys.

I was tired and a little homesick when I got off the bus at Ericeira. But when Tiago pulled over at an overlook to show me the view of Ribeira d'Ilhas and the camp, my exhaustion gave way to something resembling excitement. I breathed in the salty air and soaked up the view: the water rippling with waves, the tall cliffs surrounding the beach, the surfers floating on the ocean waiting for a wave. Wow. This was really happening. I was really in Portugal, and I was going to learn how to surf. 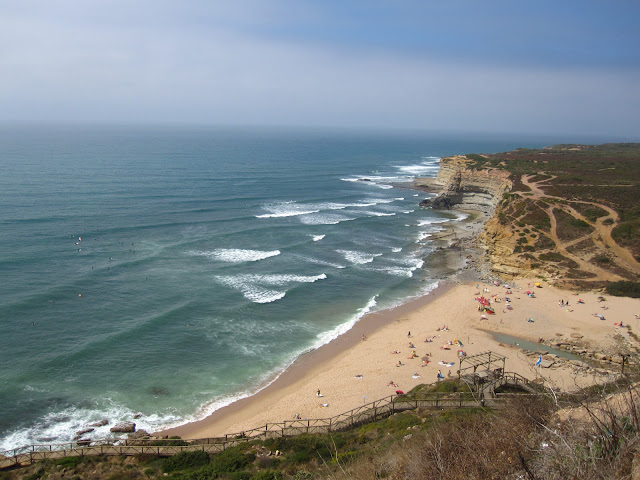 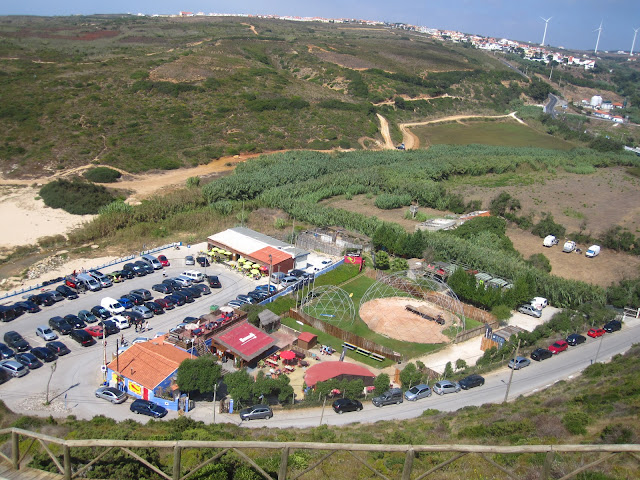 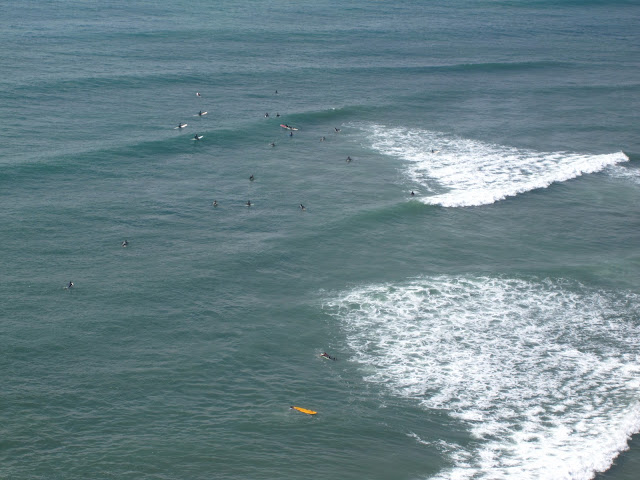 I spent most of the afternoon in a state of disbelief that I'd somehow ended up in such a cool place. See, nobody that I knew had ever gone to Portugal to surf (I was literally the first Filipino to step into this camp) so I booked this place on the recommendation of a stranger and then went off all by myself. I'm not much of a gambler (I won't even gamble a penny at the slots) so to go all in and win in this case was a bit of a shock.
I wasn't expecting much in terms of accommodations but was pleasantly surprised. I booked a 3-person bungalow and expected to room with others, but since it wasn't busy when I arrived, they were kind enough to let me have the bungalow all to myself. That little shack is almost unbearably cute. 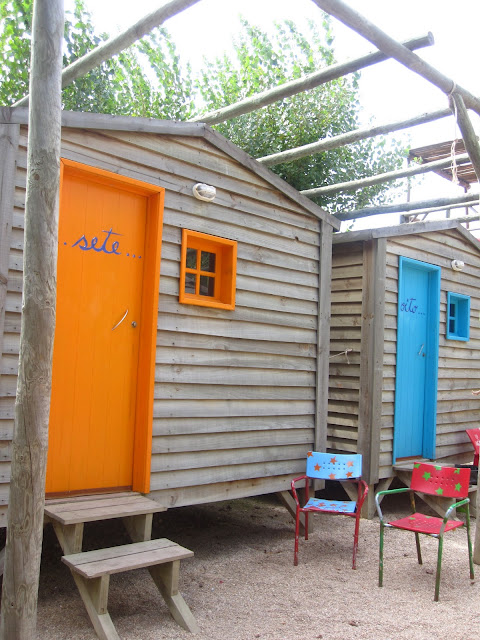 Inside, the walls were painted a girly bright pink, save for one wall done in zebra stripes. From the lilliputian size to the stylish theme, it almost felt like the bungalow was made for me. 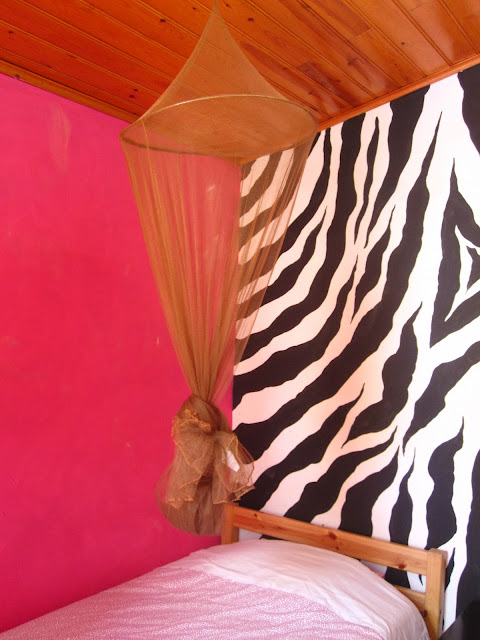 The showers and toilets are housed in a separate area from the cabins, with two cabins sharing a shower and toilet. To my relief, everything was extremely clean and the sheets and towels provided were fresh and new. I could've easily stayed in this camp for a week. 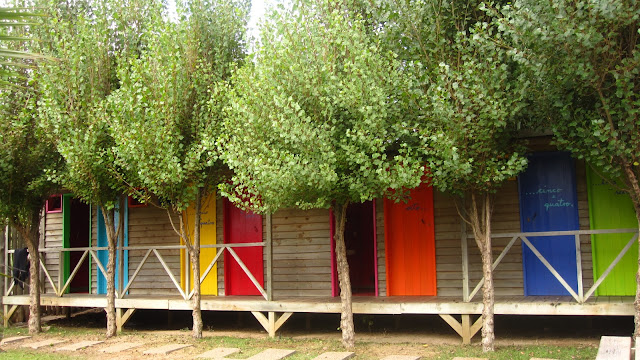 After settling in, I finally succumbed to my growling stomach and irrepressible curiousity. I ordered that pizza that everyone kept talking about and got this €4 mini salami pizza masterpiece. 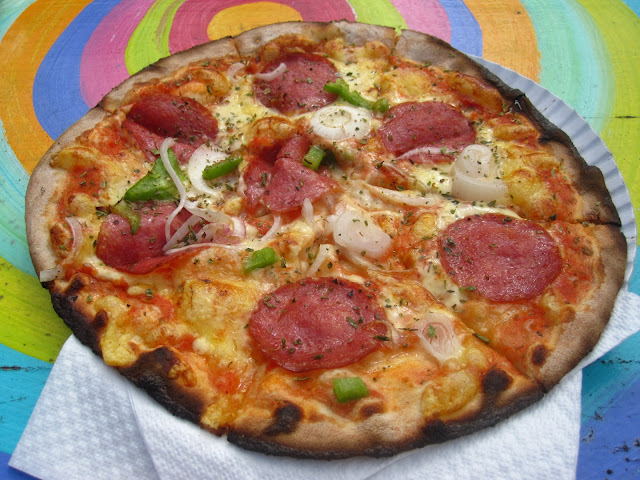 I still think about that wood-fired oven-cooked, crisp, paper-thin crusted pizza with fondness. It really is scrumptious and was only made better by the siesta that followed.  I needed to store up some energy after all since at 6:30PM that very night, I was going to take on the Atlantic Ocean for my very first surf lesson. 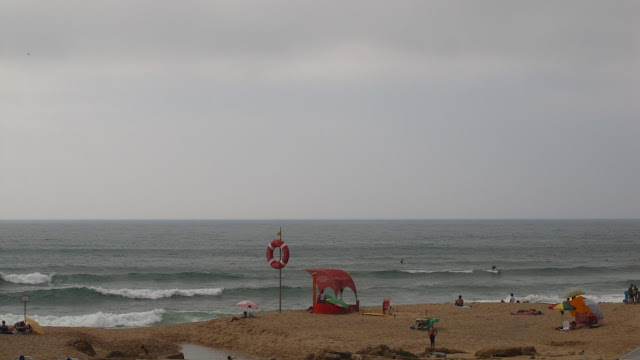 Did I make it or did I bomb? You're gonna have to stick around to find out ...