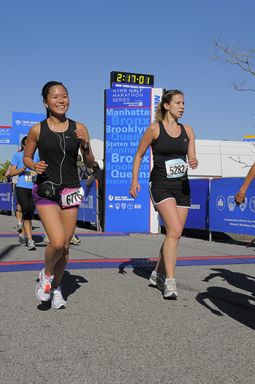 I had been feeling pretty down about my running. I totally wrecked my marathon training plan during my three-week getaway, running only twice in Ibiza and skipping long runs altogether. Our running group's coach, Jud, told me, "You have the option of either (a) running the marathon completely undertrained, or (b) training hard and hurting yourself before you even get to the starting line. I would go with option (a)." That was tough to hear. But he also told me that I had a great time over those three weeks so I shouldn't regret it. Good stuff.

So I went back to training but spent most of it feeling a tad paranoid and off my game. I managed a 15-miler on my first week back from Europe but did it slowly and gingerly, trying to feel what shape my body was in. It went pretty well; my legs recovered quickly and I made it through without too much drama. But I still wasn't too sure about myself.

I signed up to do the Staten Island Half Marathon at the last minute, and had very minimal expectations of myself. I didn't expect to do well. A few days before the race, my friend Phil told me, "Sub-15 for the SI Half!" I shook my dead with a sad smile and said, "Probably more like 2:45. I'm so out of shape." And I really believed it. So I was pretty stunned when I crossed that finish line, checked my watch and saw I'd finished in 2:12! What in the ... ?!? I don't know what it was—the cooler temperatures, the great course, or that I finally started using GU chomps. But somehow, despite the spotty training and lack of confidence, I ran my best race on this day. I ran straight through, which I'd never been able to do, and did it without feeling like I was just gonna keel over. My stomach dropped to my knees when I saw that massive hill leading to Frank Capodonno Boulevard but it wasn't too bad tackling it. My legs felt fresh throughout and there was no trace of the knee pain that popped up during the Bronx Half Marathon and on my steep downhill hikes in the Grand Canyon. Without feeling like I was killing myself, I shaved almost 6 minutes off my Bronx half time—that's almost 10 minutes off my Queens half time from July!

Running in Staten Island made the looming marathon that much more real. Every time we saw the Verrazano Bridge, I felt a lump rise in my throat. In less than a month I would be on that bridge to run 26.2 miles throughout the city. I can't believe we're almost there! 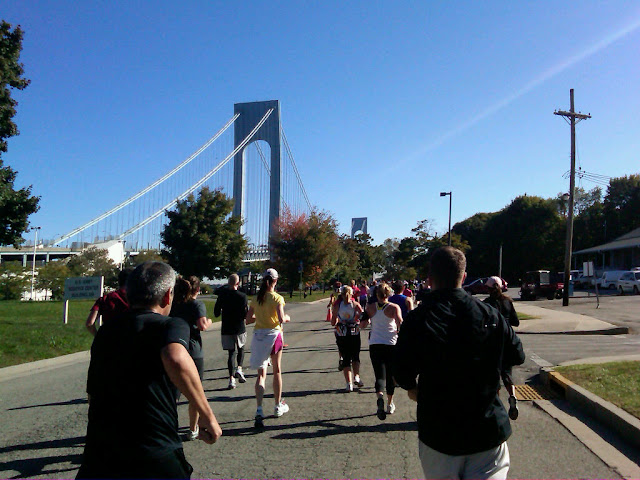 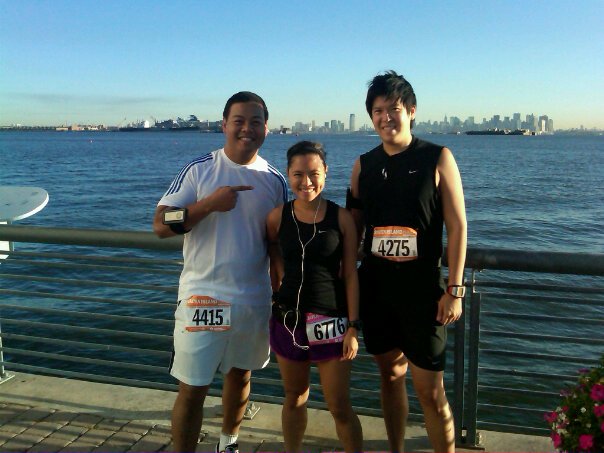