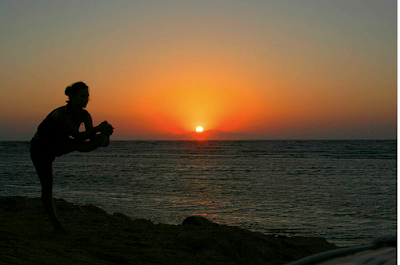 If there's one thing that irks me, it's people telling me who they think I am. To be more precise, I don't like it when people say I can't do something or that I'm a certain type of a person versus some other type. That said, I recently realized that more often than not, the person who stereotypes me the most ... is ME! Whose mouth did the words "I don't like to sweat", "I don't do winter sports", "I'm not a morning person" and "I could never be a vegetarian" come out of, after all?
So one of the best things about this 30 Before 30 Project is that I'm proving myself wrong on a lot of things. This morning, for instance, I found out that I am perfectly capable of waking up at 5:45 in the morning to get to a 7AM Bikram class. I thought I was off my rocker for doing it, especially when I strolled into the studio and I was the only person there other than the teacher (thankfully the class filled up after awhile so I didn't feel like such a weirdo). I also thought that I would half-ass my way through class because my muscles were still tight and I'd be a little sleepy ... but it turns out I underestimate myself. I worked as hard in that morning class as I do in every other class.
I might even go as far as saying I actually like morning yoga classes and I'd like to take more of them, thank you very much. The getting up at the crack ass of dawn and wrenching your hands from the super cozy duvet part sucks mightily, yes, but once out of the door and into the studio, it's not so bad. The classes aren't packed so you can actually bend down for dandayamana bibhaktapada paschimottanasana (see yoga pose in blog header above—and yes, I picked a really long name on purpose to impress y'all) without crashing into someone's glutes. And coasting through the morning with a massive endorphin high beats a grande red-eye from Starbucks any day. I was in such a good mood all day today and I had so much energy from morning til night. If this is what an early morning yoga class can do for me, I'd definitely be willing to trade in a few winks for it.

Next "I'd never" statement to conquer: "I'd never do a double." A double refers to taking two Bikram yoga classes in a row—that's 180 minutes of Bikram yoga in 105° heat. Someone doing the 30-Day Bikram Challenge can skip a day if he/she makes up for it by doing two classes on another day. I was trying to avoid it but I'm going to have to do at least one double this week due to work and social life cramping up my schedule. Scared sh!tless but I'm gonna have to grit my teeth and bear it. Wish me luck!