I was reading this article in Runner's World called "Marathons to run in 2010" and was completely taken aback when I saw that the runner up for Most Organized marathon is an event called "Bataan Memorial Death March." The Bataan Death March is etched into most every Filipino's mind, and quite possibly a number of Americans, as well. During World War II, the Japanese forcibly transferred 75,000 American and Filipino soldiers captured in the Philippines from the Bataan Peninsula to prison camps. The prisoners were forced to walk a grueling 61 miles in the intense tropical heat, leading to the death of thousands due to starvation, dehydration, disease, and wanton execution. The Bataan Death March was later accounted as a war crime.
In the Philippines, the soldiers who suffered through the march are honored every year on the 9th of April, the "Araw ng Kagitingan" or "Day of Valour." I was surprised to find out that there is also a yearly marathon held in White Sands Missile Range, New Mexico held in their honor. It's 26.2 miles of desert trails and washes in 4,100-5,300 feet elevation. There is also a half-marathon. The biggest incentive for running this marathon now is to run it while you still have the chance to shake the hands of the Bataan Death March veterans honored by the event. 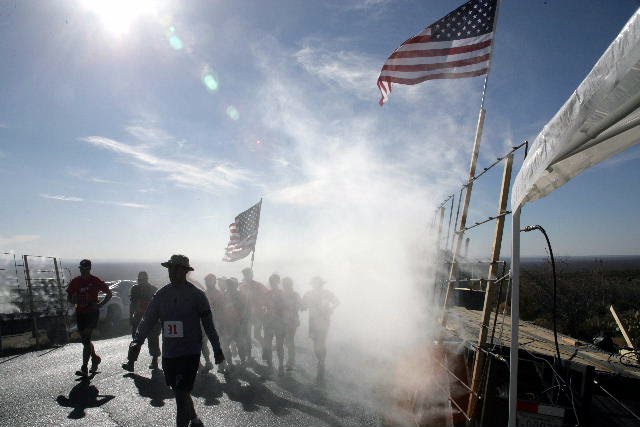 This is probably one run that I will never be in a position or condition to join, but I think it is an amazing event, nevertheless. It is one race that would be a true honor to run.