Ibiza—there's just no getting over you!

Like a celebrity being smuggled into a club to escape the paparazzi, we were whisked into Pacha's side door and through the kitchen before emerging onto the VIP area overlooking the dance floor. The gogo dancers, clad in black cutout swimsuits, Prada-esque turbans and sunglasses, shimmied seductively on the podiums, flashing the glowing logo of the hottest party in Ibiza on their bottoms: F*** Me I'm Famous! 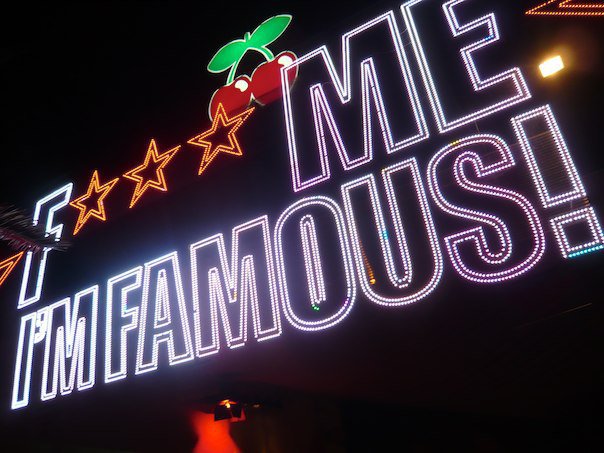 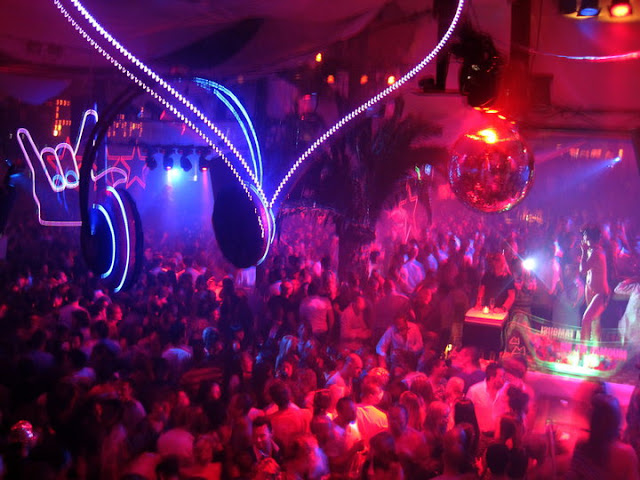 It was the perfect denouement to a solid week of partying in Ibiza: an event by the hottest DJ on the market right now, David Guetta. If god's a DJ in Ibiza, we were the choir. 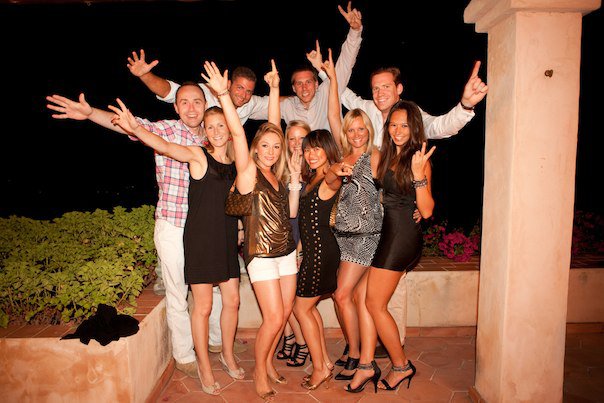 To get a sense of what goes on in Pacha during FMIF, check out the club scene in the music video for Sexy Chick by David Guetta and Akon (it starts at 2:23, but I fully understand if the male readers would like to take a moment to appreciate the dazzling cinematography in the first half of the video).
With seven bottles of Grey Goose laying in wait, we went about the usual business of partying as hard as possible. Nath and I took this task very seriously. We had to represent since we appeared to be the only Asians on the island. 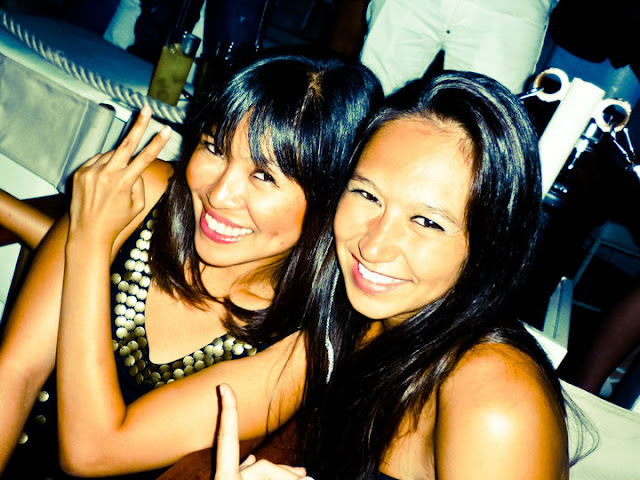 In between dancing and drinking, we waded into the throng on the dance floor to take a closer look at the glamazons decked out in crystals and fur, vamping it up on some carousel ponies. Were they women? Men? Both? All we know for sure is that they're sex on legs. 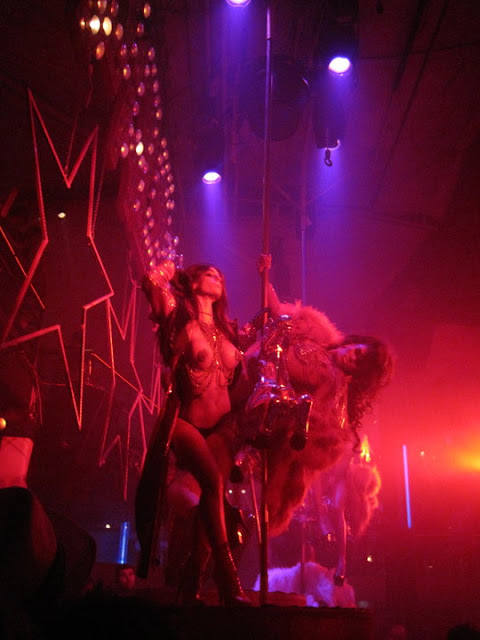 And then there were those awesome robots, towering over the crowd and wielding lasers in a  performance that seemed like something between a duel and pas de deux. Sick! 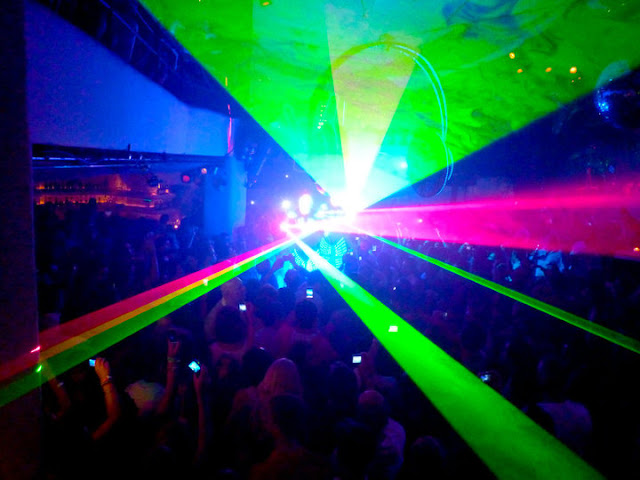 At the end of the day though, we were there for the music and Pacha delivered. Afrojack warmed up the tables for a good long time and made a fan out of me. I have since developed a severe addiction to the song "Watcha Say." You might catch it too if you click play on the video below. Don't say I didn't warn you.
At around 4AM, David Guetta entered the DJ booth at long last, and the dancefloor turned into a sea of lit iPhone and camera LCDs aimed at him. Afrojack played his last song, "Louder Than Words", a collaboration between him and Guetta, before turning over the tables.
Guetta took the mic and announced that he was late because he broke a rib and had to escape from the hospital. Not sure I bought it, but I didn't really care so long as he played some music! Which he did. 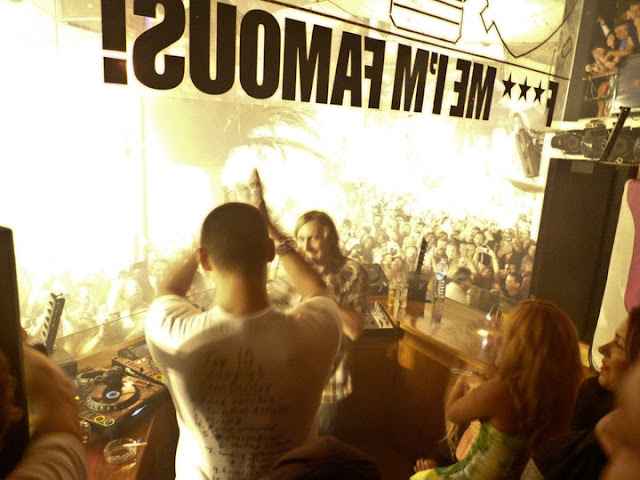 It was a whirlwind of dancing, singing, dancing, drinking and more dancing from there. He played a lot of awesome songs but the memory that stands out most was when he put on the "The Club Can't Even Handle Me Right Now." All that energy built up over the span of seven days just exploded in a frenzy of singing and dancing along to our favorite summer song.

It was a phenomenal way of ending a legendary week of partying in Ibiza. I checked off #1 on my list in the absolute best way. Again, thank you Kevin and Celine for hosting and organizing this amazing weeklong party. Weeks later, I still get a massive smile on my face when I hear the songs we partied to and get flashbacks of all the crazy memories.

To close this chapter, here's a song that wraps up my feelings for Ibiza—there's just no getting over you!

Labels: #01 dance my ass off in ibiza, travel